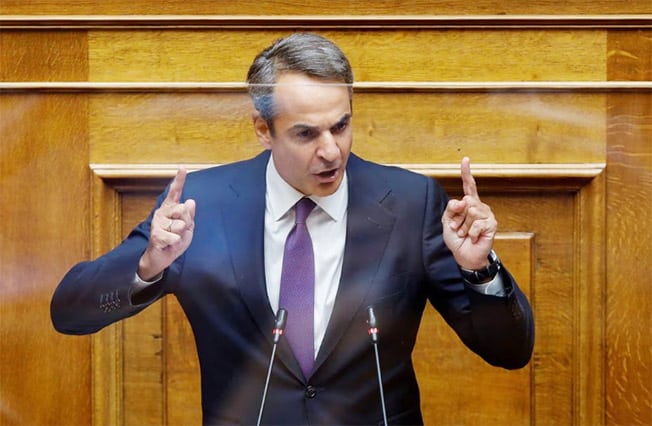 The case, still under investigation by prosecutors, emerged in August when Nikos Androulakis, leader of the socialist PASOK party, Greece’s third largest, said the country’s intelligence service EYP tapped his conversations in 2021.

The Greek government has denied any wrongdoing or knowingly wiretapping anyone.

Parliament last month passed a bill reforming EYP and banning the sale of spyware after a leftist newspaper reported that more than 30 people, including ministers, had been under state surveillance via phone malware.

Leftist firebrand Alexis Tsipras, prime minister from 2015 to 2019, said his successor was the mastermind behind mass surveillance of politicians, journalists and security officials.

On Tuesday, Tsipras received the conclusions of a separate investigation conducted by the independent telecommunications privacy authority ADAE.

“For the past six months, Greek society has been witness to disclosures of an inconceivable number of phone taps, the deepest deviation from rule of law that the country has seen in its modern history,” Tsipras told parliament.

“We have a historic duty to act,” he said, before announcing that his party would submit to parliament a censure motion.

The debate on the motion will start later on Wednesday and conclude with a vote on Friday afternoon. Mitsotakis’ New Democracy party controls 156 deputies in the 300-seat parliament.

Tsipras has not publicly made clear what alleged surveillance methods were used. Local media have suggested the Predator malware programme was used, though Greek authorities have denied purchasing or using such a system.

The government has accused the leftist opposition of defamation.

A parliamentary election will be held in Greece in the spring, Mitsotakis said this month. His party is leading in opinion polls.

A European Parliament commission of inquiry, known as PEGA, has been investigating the alleged use of spyware by European governments for almost a year. PEGA has urged Greece to shed light on the case ahead of the elections.