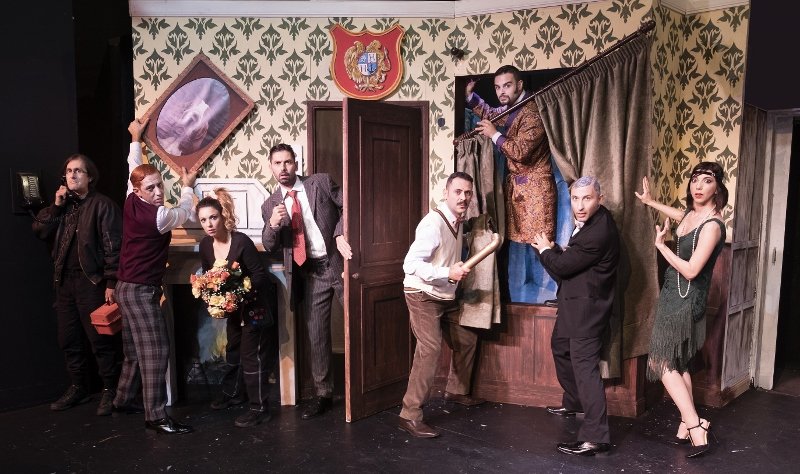 The award-winning British comedy The Play that Goes Wrong by Henry Lewis, Jonathan Sawyer and Henry Shields is a production that has been hailed at the box offices of most of the 27 countries where it has been presented. This December, Theatro Ena will bring this unconventional play to Nicosia, premiering on Friday.

The play is still on in the UK and Broadway, completing about 800 shows this year. The Play that Goes Wrong is indeed a play within a play as it features amateur actors/students who are trying to put on a play but are failing miserably.

They forget their lines and repeat phrases, causing a domino effect of destruction on set. Doors can’t open, shelves fall to the floor and everything seems to be going wrong. Each actor/student embodies more than one role making things even more complicated.

The play that the students are trying to produce is called Murder in Jameson’s Mansion. Crimes, passion, four murder suspects and an inspector are the elements that make up their play but instead of producing a thriller, their disastrous adventures turn it into a hilarious tale, spreading laughter across the audience.

The play will be staged every Friday, Saturday and Sunday at 8.30pm.

The Play That Goes Wrong

XR: life on Earth in crisis

A pop-up film event to remember