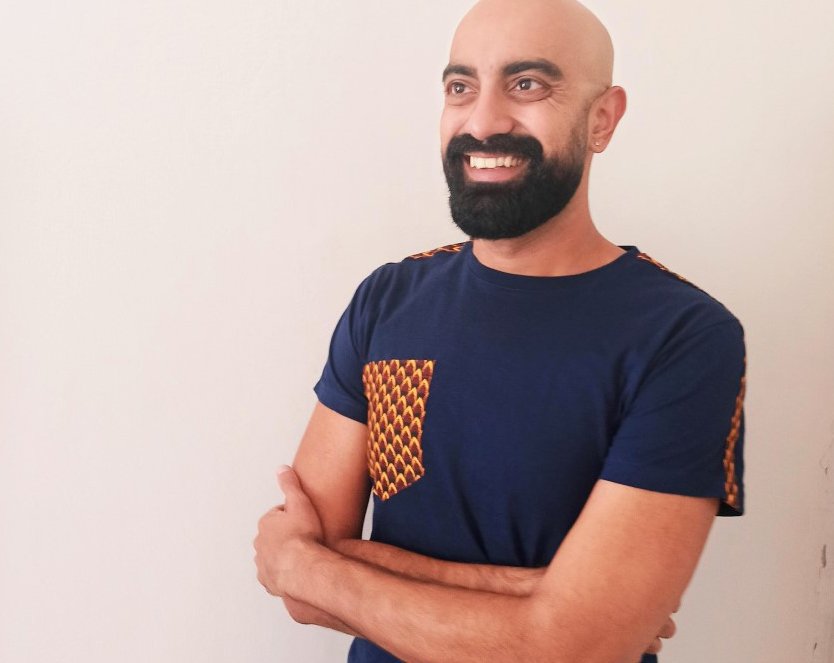 Where do you live?
I’ve just moved into an apartment off Trikoupi Street in Nicosia’s bustling Old Town, with my partner Rachel who’s here from Prague

Best childhood memory?
There are some particularly poignant memories, but the one that keeps coming back to me involves playing cricket and football at the Bombay Gymkhana in Bombay, where I was raised.

What did you have for breakfast?
Banana bread, straight out of the oven

Describe your perfect day.
Up early to meditate and exercise. Some sort of engrossing creative work for a couple of hours to keep my brain sharp, followed by time alone in nature or by the beach. And finally an evening where I can cook, drink and break bread with the people I value. All this was something we took for granted but now seems so distant in these surreal times of covidity. A return to this sort of simplicity would indeed be a perfect day.

Best book ever read?
Bests are relative. But I can talk about a book I recently read that resonated with me. I picked up The Slap by Christos Tsiolkas at the beginning of the lockdown and couldn’t put it down. Set in suburban Australia, it tells of the dysfunction at the core of its society. The backstory is that I spent two months over the turn of the decade in Australia through the bushfires and all, and the book reflects many of the personal observations I made during my time there. I enjoy his verbosity and style and, of course, the fact that the main characters are Greek spoke to me given that I had recently moved to Cyprus.

What music are you listening to in the car at the moment?
Milk and Bone – a Quebecois synthpop duo

What is always in your fridge?
Hummus, heavy cream and a bottle Sphincter’s Remorse Habanero Hot Sauce

What are you most proud of?
Given the context, it’s got to be setting up Project Phoenix in Cyprus over the last year with extremely limited funding, and staying the course through a global pandemic. All this was only made possible by an incredible team and network of supporters.

What movie scene has really stayed with you?
I just watched Die Hard – the ultimate Christmas movie – so I am going to say Bruce Willis and his slightly deranged never-say-die attitude throughout the movie.

If you could pick anyone at all (alive or dead) to go out with for the evening, who would it be?
That’s a tough one, but I’d have to pick Jawaharlal Nehru, to find out more about what it’s like to create a country from the ashes of an empire and represent the aspirations of millions.

If you could time travel where would you go?
To the post-war modernist period, towards the end of the 60s and mid 70s – when architecture embodied all the right social values and the world was still in the infancy of the modern techno-capitalist epoch. There was much hope then, with the end of colonialism and relative peace, and we hadn’t yet started on our self-destructive path as human society. Let’s not forget the liberalism and hedonism that accompanied that era!

What would you say to your 18-year-old self?
Don’t take yourself so seriously – there’s nothing you really control!

What is your greatest fear?
Ecosystem destruction and, with that, the end of human society as we know it. We’re halfway there and sadly it’s becoming a more valid fear with each passing day.

What’s your spirit animal?
Some sort of whale. Calm, sagacious, and self-sufficient at the bottom of the ocean

Name the one thing that would stop you dating someone
Being conservative (and not just politically)!

If the world were ending in 24 hours what would you do?
Gather my people and have one last sybaritic goodbye.