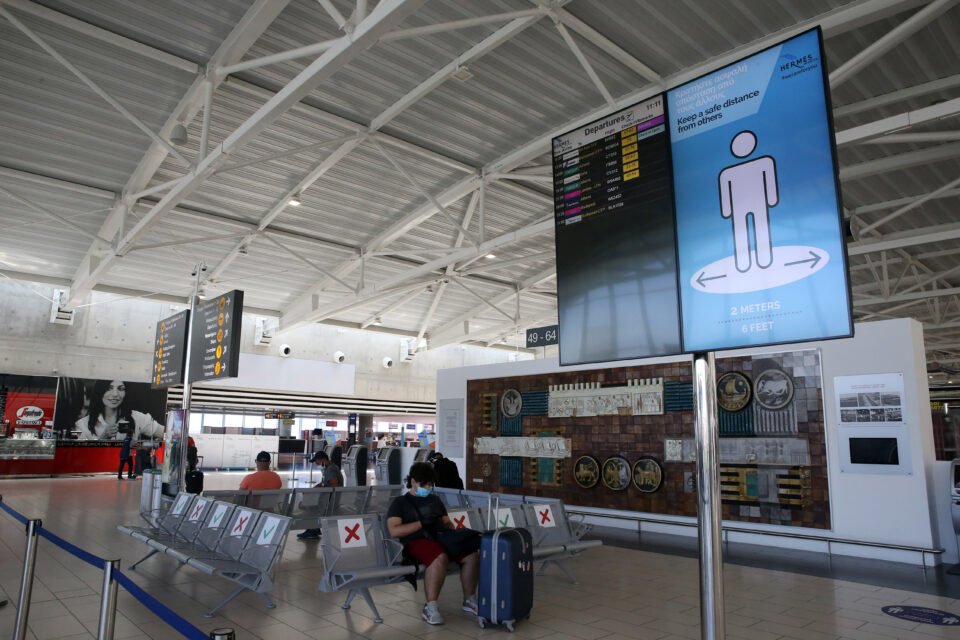 Of all the sectors hardest hit by the coronavirus pandemic this year, none suffered more than tourism and related services.

Simply put: it was Cyprus’ worst year ever for the tourism industry. To give just an idea, June saw a 96.7 per cent decrease in tourist traffic, with revenues for 2020 overall down by around 84 per cent.

The downward spiral began in March after the first virus cases were announced and a total lockdown and travel restrictions were introduced.

The impact that the travel ban had on the Cypriot economy as a whole caused enormous losses and affected countless companies and businesses directly linked to the tourism industry, from the obvious travel agents, hotels and restaurants, to entertainment providers, bars and clubs, effectively killing tourism in Cyprus for the entire year.

For about three months, starting March 15 to June 8, the island imposed an entry ban on virtually everyone, including tourists, as part of the measures taken to prevent the spread of Covid-19.

But even after the reopening of airports, traveller movement remained low in comparison with the summer months of previous years, traditional gold mines for the island’s economy.

Departures of passengers from Cyprus were also down by 97 per cent in June compared with the corresponding month of the previous year.

In July, only 200,000 passengers came through Cyprus’ two airports, an amount corresponding to just 14 per cent of the same month last year, when the two airports combined saw the arrival of 1.44 million passengers.

In August, according to official data disclosed by the Deputy Minister of Tourism Savvas Perdios, tourist arrivals reached a mere 100,000, less than one fifth of last year’s 553,845 arrivals in the same month.

One of the strongest deterrents for most tourists was undoubtedly the request by the Cypriot authorities to present a pricey negative PCR test on most arrivals to the island.

Coupled with the obligation for many to self-isolate and quarantine once in Cyprus, the majority of them eventually decided that a trip to the island in 2021 was not worth it.

But despite early indications that 2021 was destined to be a write-off for the tourism industry, the government chose to remain inexplicably optimistic for larger part of the year.

With most arrivals from the popular British and Russian markets, countries heavily affected by the pandemic, effectively out of the window, deals with tourist markets normally unaccustomed to Cyprus were signed and grandly presented.

The aim was to focus on Cyprus as a safe destination as, at the beginning of summer at least, the island had an enviably tiny number of cases and deaths.

Alas, the challenge to open up to new markets proved to be more arduous than expected.

“We are realising that the broader public of untraditional markets is not familiar with Cyprus as a tourist destination,” the Hoteliers’ Association (Pasyxe) said back in June.

“Although there have been attempts to promote the island in other countries in the last few weeks, bookings were disappointing. It is difficult to sell an unknown destination in such a short time, no matter how safe Cyprus is as a destination.”

Despite all the efforts to attract visitors from new markets, hoteliers and other tourism professionals soon realised they could not cut the umbilical tie to the British and Russian markets. The Russian market stayed out of bounds, stuck in category C, and the British were only upgraded to category B, allowed in with a positive PCR test, on August 1.

The government then turned to promoting local tourism in an attempt to salvage a largely compromised situation. With Cypriots stuck at home for the summer, some districts did indeed do quite well.

Then, in September, the deputy tourism ministry announced the launch of a scheme, aimed specifically at Cypriots, promoting discounted stays at over 100 participating hotels all over the island until November.

The scheme, which included apartment complexes, tourist villages and agro-tourism establishments as well as hotels, was implemented in order to support local businesses by increasing visitors’ numbers in specific areas, and thereby ensuring a greater local spend.

Ultimately, what the government had in mind was to bring more local residents as tourists to parts of the island they have not yet visited and building up Cyprus’ tourism in the winter, traditionally a quiet period for the industry.

But then the virus spread worsened dramatically with lockdowns in Limassol and Paphos, a movement ban, restaurants and bars closed and curfews reimposed.

Eventually, the government decided to throw in the towel and in November finally admitted that the hit on tourism as a result of coronavirus was every bit as bad as it appeared.

According to the latest data unveiled by the deputy minister of tourism Savvas Perdios, this year’s revenues declined by about 84 per cent.

And with no guarantees about the evolution of the pandemic next year, the government has decided to bring forward the rolling out of its Strategic Plan for Tourism.

This will include promoting themed beaches, for example establishing ‘quiet beaches’ without music or water sports, attracting a certain type of tourist.

Other plans include promoting agro-tourism, sports tourism and religious tourism.

The government has earmarked some €7 million for municipalities and communities to spend on tourism-related infrastructure.

On what the future holds, Perdios said the trajectory of tourism next year will depend on the assessments of epidemiologists and the safety categorisation of countries.

“Unless the situation stabilises, one cannot expect arrivals to pick up,” he said.

“This year we tried to turn the ignition on tourism, but the engine didn’t start up,” was Perdios’ latest remark, closing the curtain on the worst year ever for the tourism industry in Cyprus.