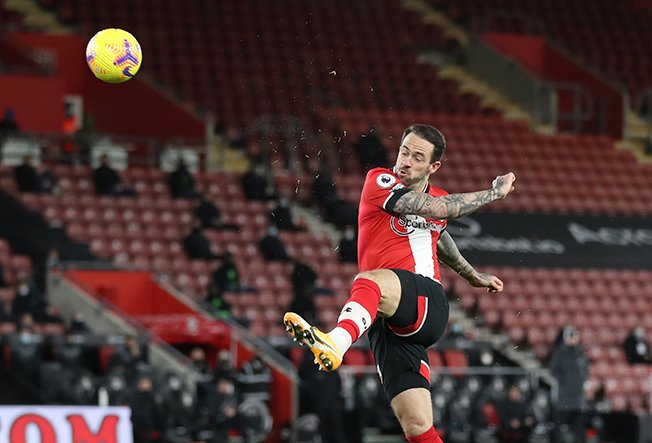 A superb second-minute lob by Danny Ings against his former club gave Southampton a surprise 1-0 home win over Premier League leaders Liverpool, with the Reds’ attack looking rudderless as they were held scoreless for the second game in a row.

Ings, who joined Southampton on loan from Liverpool in 2018 before making the transfer permanent a year later, gave his side the lead as he latched on to James Ward-Prowse’s free kick before sending a deft left-footed lob over Alisson into the net.

Liverpool, who drew 0-0 at Newcastle United, did not manage a single shot on target in the opening 45 minutes but then dominated the second half.

However, a concerted effort by the massed ranks of Southampton’s defence kept them out.

The victory lifts Southampton to sixth in the table on 29 points, behind Tottenham Hotspur and Chelsea on goal difference, while Liverpool stay top on 33 points ahead of Manchester United, who have a game in hand, on goal difference.