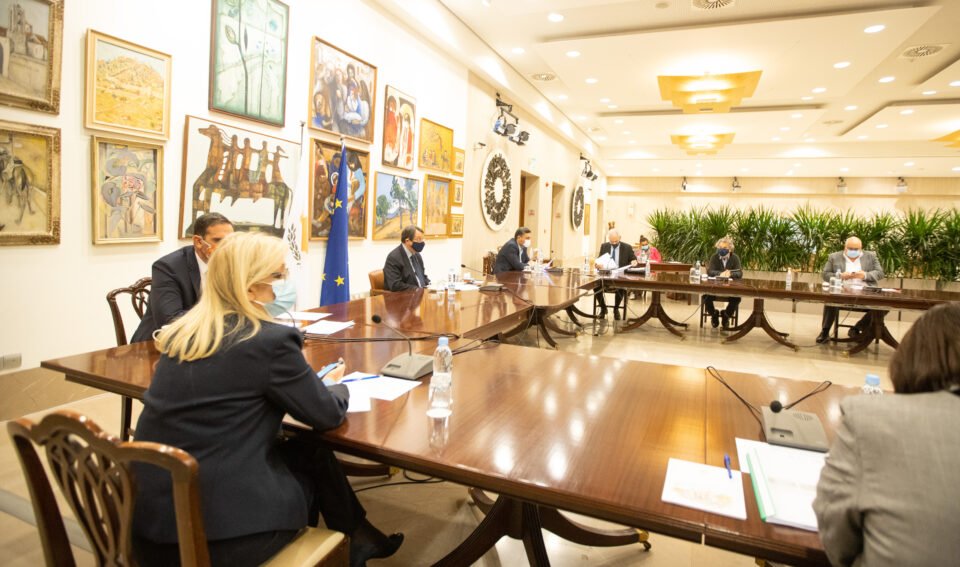 The cabinet has changed the scheduling for its meeting on Thursday to consider new measures, and the meeting will now take place on Friday, the presidential palace announced.

The move is to give more time to ministers to prepare and submit concrete proposals for support of employees, businesses and the economy in general in view of the expected general lockdown.

The primary goal of the measures to be decided is to decongest the health system and stop the spread of the virus.

According to CNA information, “the primary concern of the government is to work out the best plan, within its capabilities, to support workers, businesses and the local economy in general.”

The CNA information confirmed that the discussion will be towards a general lockdown with the maintenance of essential and basic services, such as supermarkets, pharmacies, gas stations and possibly the construction sector.

For schools, it would mean distance learning at all levels. The measures will be valid for three weeks, CNA said.

Government spokesman Kyriacos Koushos said later in a written statement that the president had held a meeting of the inter-ministerial committee for the pandemic, during which the views of the scientific advisory group were discussed and evaluated.

“This meeting noted the need to take further measures to curb the spread of the coronavirus,” he said. “It was the unanimous view of members of the scientific advisory group.”

Koushos also said that the view was that Cyprus was in a much better position than other countries, in particular the European Union.

‘No law can order us’: Greek Christians defy COVID ban on Epiphany services

Coronavirus: almost 4,000 got the jab since December 27