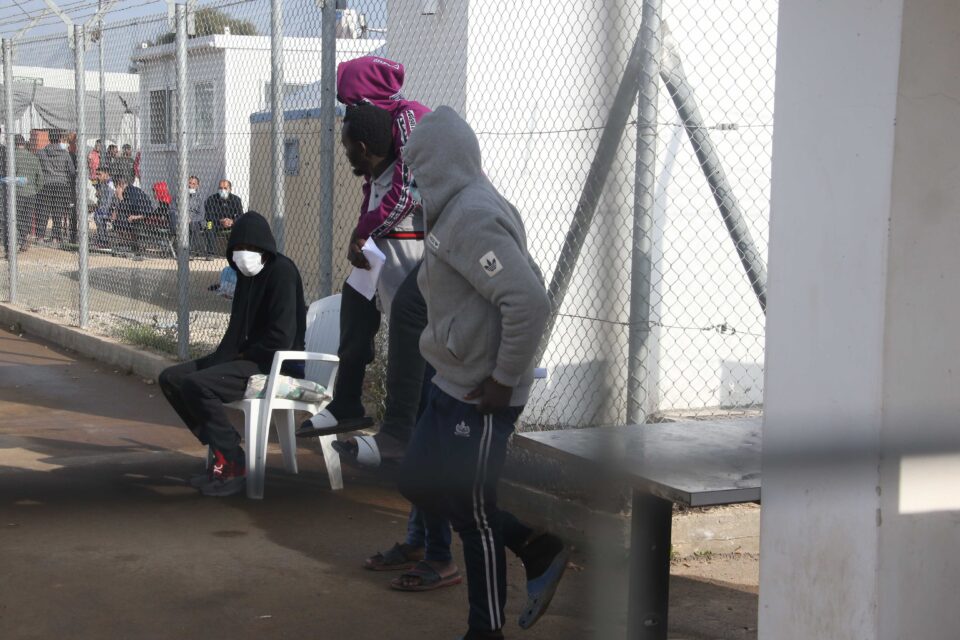 By Nick Theodoulou and Evie Andreou

The United Nations High Commissioner for Refugees (UNHCR) called on Wednesday for the Pournara migrant reception centre to be decongested after a 600-person brawl at the centre on Monday night.

In perhaps the most shocking Pournara-related incident so far, 35 people were injured in the fight – reportedly between migrants from Syria and African countries as well as police officers – in which various crude weapons were used.

Interior Minister Nicos Nouris has held firm on the topic, stating on Tuesday that what was happening is “no longer a refugee issue”.

In a timely coincidence, the European Asylum Support Office (EASO) announced on Wednesday it would increase the number of personnel dispatched to Cyprus and other Mediterranean frontline countries receiving migrants to support national asylum and reception authorities.

UNHCR’s Cyprus representative, Katja Saha, spoke to the Cyprus News Agency on Wednesday, saying: “Overcrowded conditions at the centre and the ensuing pressure on existing infrastructure, along with the uncertainty regarding when and under what conditions they would be able to exit often triggers tensions.”

The reception centre was built to house 1,000 people but is currently hosting 1,500.

“Those at the centre report that they are without [the] basic goods required for dignified living, such as warm clothes and personal hygiene products,” she said.

Nouris on Tuesday said that the Republic was not able to receive any more irregular migrants and once again accused Turkey of channelling people to the Republic.

He detailed that Syrian and African irregular migrants arrive through the north and called for assistance from the EU for their return to Turkey as per Ankara’s agreement with Brussels.

Saha appeared to directly address some of the concerns expressed by Nouris and others, arguing that a streamlined and more efficient asylum process would better serve both Cyprus and the successful applicants themselves.

On that note, the EASO said it would deploy in 2021, approximately 2,000 personnel to Cyprus, Greece, Italy, Spain and Malta.

It said that notable increases will be registered in Cyprus where 185 personnel will be dispatched, a 120 per cent increase compared to last year’s 84 but also Malta that will receive 149 compared to 65 last year.

EASO’s operations in Cyprus, Greece and Malta include interviewing applicants, drafting opinions, vulnerability support, support to the Dublin Units, and structural assistance in terms of reinforcing the asylum and reception capacities of the member states.

“In this regard, EASO is also working with its partners on introducing ICT (information and communications technology) tools which can improve the efficiencies of the respective asylum systems,” the agency said.

EASO said that over the next 12 months, the agency will commit over €70 million to its operations, which equates to approximately half of its overall budget. Over €45 million (64 per cent) of this will be committed to operational activities in Greece.

“In 2021, EASO’s operational support to national asylum and reception authorities will cover all five Mediterranean EU member states which receive the most asylum applications, accounting for 50 per cent of the Agency’s budget,” it said.

Cyprus largely went unnoticed during the height of the European migrant crisis of 2015 and in March 2019 the European Commission declared the crisis to be at an end.

But as other routes went offline and deals were made with Turkey – at the expense of over 6bn euros – Cyprus gained popularity as a perceived route into the European Union despite not being part of the Schengen regime.

The EU signed a deal with Turkey in March 2016 and has largely stemmed the flow of people seeking entry into the bloc.

But flare-ups between Greece and Turkey have exposed the fragile nature of the deal, as was seen last year when Turkish President Recep Tayyip Erdogan repeatedly threatened to “open the gates” and allow migrants into Greece – leading to a tense standoff at the border and the EU accusing Erdogan of blackmail.