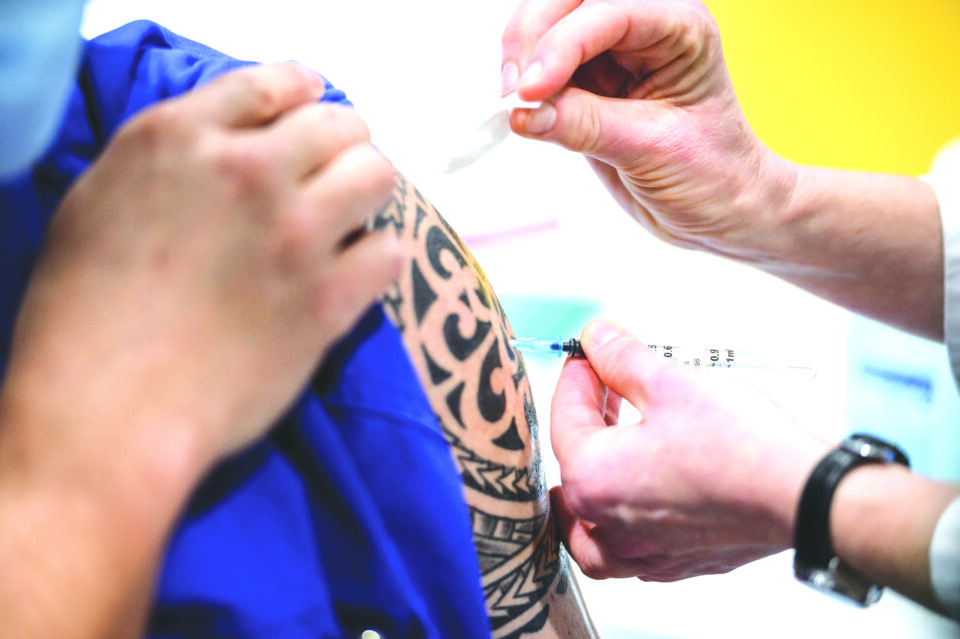 Staff receives the Pfizer/BioNTech COVID-19 vaccine at the University Hospital in Frankfurt, Germany

The vaccine developed by U.S. pharmaceutical giant Pfizer with its German partner BioNTech began being delivered in the EU at the end of December. U.S. biotech firm Moderna started deliveries of its shot this week after the bloc approved it on Jan. 6.

Yet about one-third of the 27 EU governments cited “insufficient” doses of vaccines at a video-conference of health ministers on Wednesday, according to a person who attended the virtual meeting.

They also complained about uncertain timetables for future deliveries, the official added, without naming any country.

Belgium has said it expects to receive only around half of the planned doses of the Pfizer vaccine in January due to a logistical issue while Lithuania says it was told this week its supplies would be halved until mid-February.

Lower-than-expected amounts were delivered to Italy at the beginning of January, but the issue seemed now largely resolved, an Italian official said.

Deliveries were proceeding “according to the schedule agreed,” a spokeswoman for Pfizer said. There was no production problem to report, but timelines were “aspirational” and were subject to changes, she added.

A second EU source told Reuters that in another EU internal meeting with diplomats on Wednesday, an EU Commission official said deliveries would be limited at least until March, with production set to be ramped up in earnest only by September.

The Commission’s top vaccine negotiator Sandra Gallina had told EU lawmakers in a public meeting on Tuesday she had heard only three instances of “relatively minor” complaints about deliveries from EU governments.

A Commission spokesman declined to comment on concerns about limited supplies and uncertain timetables.

Pfizer and BioNTech have two contracts with the EU for the supply of up to 600 million doses this year. They have agreed to deliver 75 million doses in the second quarter and more later in the year. It is unclear how many doses can be distributed in the first three months.

Moderna has committed to delivering 10 million doses by the end of March and 35 million each in the second and third quarter. Another 80 million doses are also to be delivered this year but without a clear timetable yet.

The vaccine makers have not published detailed calendars of deliveries for each of the 27 EU countries, which are expected to receive a portion of vaccines in proportion to their share of the EU’s 450 million population. Pfizer said the information was confidential.

“At this stage we can only confirm that the doses will be distributed on a pro-rata basis between EU countries,” a spokesman for Moderna said.

But deliveries do not seem to be proceeding evenly.

The German Health Ministry says on its website that the country, with a population of 83 million, will receive nearly 4 million Pfizer doses by the end of January.

The EU has secured nearly 2.3 billion doses of COVID-19 vaccines and candidates from six firms, but most of them have not yet been approved. Decisions on AstraZeneca and Johnson & Johnson vaccines are expected respectively in late January and in February.

Autopsies on dead cats in Oroklini show signs of abuse