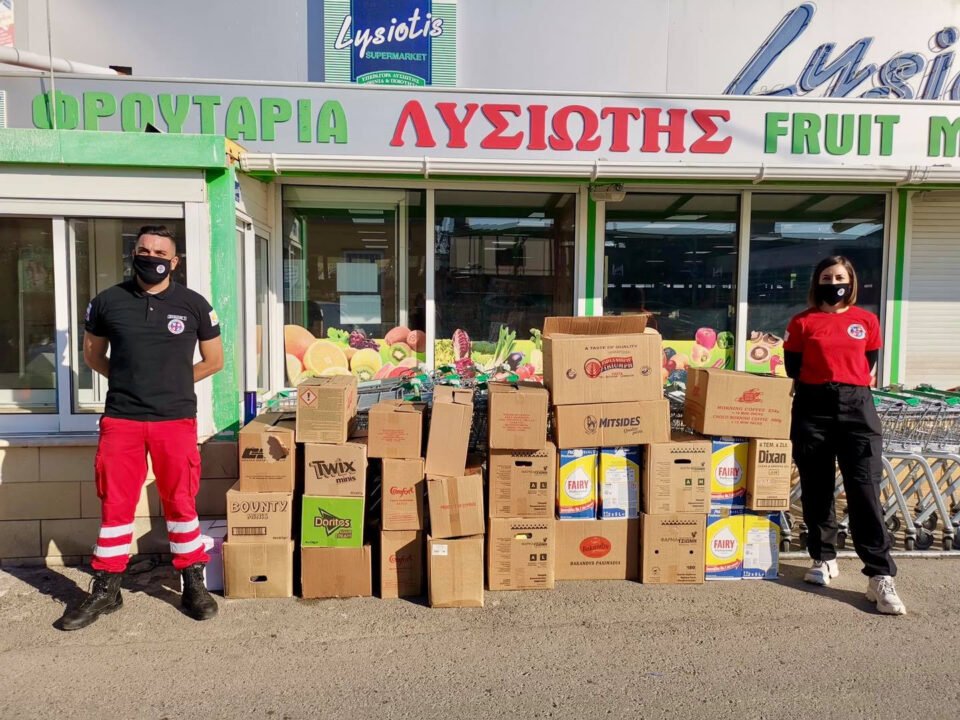 The Sovereign Base Area Police Akrotiri Division has donated 123 boxes of food to 10 of its surrounding communities as part of its Food Aid programme to help struggling families during the current Covid-19 outbreak, it said on Tuesday.

The boxes of food were collected from the police station by church representatives and the community leaders of Akrotiri, Asomatos, Trachoni, Kolossi, Erimi, Lofou, Sotira, Avdimou, Paramali and Ypsonas Municipality.

As thousands of families island-wide continue to struggle as a result of the ongoing crisis, Akrotiri’s Deputy Divisional Commander, Superintendent Constandinos Petrou, explained why the police felt so strongly about the campaign.

He said: “We have daily communications with our community leaders, and we carry out community impact assessments. This time, we were able to identify 123 families within the SBAs that were in need of our help, so we wanted to be able to provide them with some essentials during this very challenging period.

“Of course, we wouldn’t have been able to achieve this without the help from all those involved. I would like to thank the Lions Club, Rescue 1 Team, Alpha Mega, Papantoniou, Karseras and Forces Stores and every single person who contributed with their kind donations’.’

Ypsonas Municipality Mayor, Pantelis Georgiou, praised the support shown by the police to his municipality, he said: “In the five years that I have led Ypsonas municipality, I have always been impressed by the way that SBA Police supports the vulnerable through their charity work.

‘’I look forward to our further cooperation and the strengthening of our bonds”.