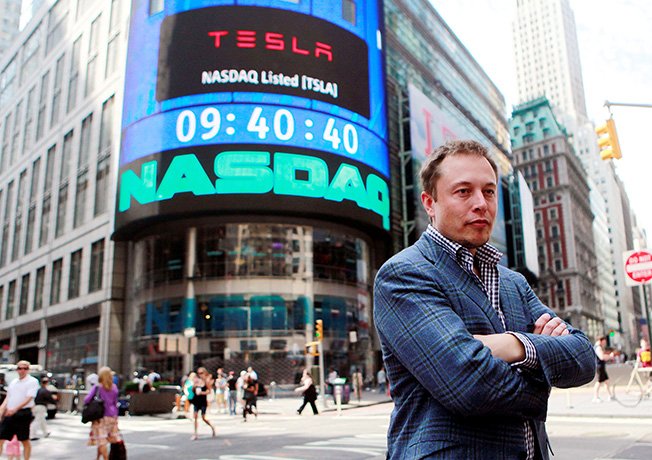 Elon Musk has overtaken Jeff Bezos to become the richest person in the world. At the time of writing, his net worth sits just north of $180 billion, or over seven times the Cypriot GDP

Earlier this month, Elon Musk overtook Jeff Bezos to become the richest person in the world. At the time of writing, his net worth sits just north of $180 billion, or over seven times the Cypriot GDP.

The bulk of that fortune comes from his 21% stake in the eletric car company, Tesla.

2020 was momentous for Tesla. Over the course of the year, it’s market cap grew by over $500 billion, currently sitting at about $785 billion. It is now worth more than the nine next most valuable car companies in the world combined, and the company has at long last gained membership to the prestigious S&P500.

The stock has grown so sharply that it has given rise to an army of ‘Teslanaires’ – a newly coined term for people who have become millionaires thanks to early investments (some from as little as $10,000) in the Palo-Alto based car company.

Tesla’s 740% bull run through 2020 has seen them become more valuable than household conglomerates like Mastercard, Disney, Netflix and Samsung. The marmite element surfaces when you ask how.

By almost every traditional market metric, Tesla’s stock price doesn’t make sense. Last year, they delivered 499,550 cars to customers – a healthy improvement on previous years but still light years away from the likes of VW and Toyota, who each delivered over 10 million cars last year. Their price-to-earnings ratio is also miles off, with the maths suggesting that it would take them 1,600 years to make the amount of money the stock market values them at.

Even among professional analysts, Tesla’s stock price has proved a polarising issue. Morgan Stanley and JP Morgan, two of the American banking titans, have set extraordinarily differing price targets for the coveted stock. Morgan Stanley expect it to settle at $810, a smidge under the $836 that they trade at today, whereas JP Morgan are extremely sceptical that today’s price offers any real value, setting a target of just $90 per share. These are, relatively speaking, the conservative outlooks.

Ark Investments, an American investment company that looks to invest only in ‘disruptive innovation’, has a quite astonishing $7,000 stock price target by 2024. Conversely, Michael Burry, the investor famous for spot-on bets against the US housing market before the 2008 financial crash (dramatised in the Hollywood hit ‘The Big Short’) is avidly short on Tesla, calling for Elon Musk to issue more stock at ‘this ridiculous price’ and telling investors on Twitter to ‘enjoy it while it lasts’.

So, who’s right? It is the $800 billion question that nobody seems to have the answer to, but one thing that is for sure is that Tesla’s market movements have been anything but conventional.

In May of last year Musk tweeted: ‘Tesla stock is too high (in my opinion)’, prompting a selloff and 10.8% single-day drop. Subsequently, US stimulus cheques provided a plethora of young adults with some spending money which many, through new and easy trading apps like Robinhood, have looked to invest.

It is not difficult to see why many have chosen Tesla. Aside from having the real-life Tony Stark at the helm, their battery technology is unquestionably market leading. Last year, Porsche at long last revealed their new electric saloon, the ‘Taycan’. It was hotly anticipated, and many hoped it would be the first real challenger to Tesla.

The EPA, an independent authority that offers information about electric cars, announced after their testing that the Taycan had a 326km range. The first iteration of Tesla’s model S, which came out all the way back in 2012, offered 426km.

Today’s version can be ordered with a 610km range. While there are obviously many other factors that go into building a good car, range remains one of the main elements limiting widespread electric vehicle adoption, and on this front Tesla are in a league of their own.

Today, Electric Vehicles (EVs) make up just 3% of global auto sales. By the end of this year, it could be 5% and then 10% by 2025. What’s more, Tesla seem to also be leading the race to develop a fully autonomous vehicle, which, if successful, could see them make a sensational move into taxi markets. Why would they let anyone else profit from their technology?

The next few years will be crucial for Tesla, with multiple new ‘gigafactories’ popping up (including the first in Europe) to help try and convert some of their potential into profit.

Whichever way things go, its sure to be interesting for market watchers and automotive enthusiasts alike. The way things are poised, Tesla is likely to turn out as one of two things: a bubble of biblical proportions, or the car world’s very own Apple. Only time will tell.

Works ongoing in Larnaca to aid movement for disabled