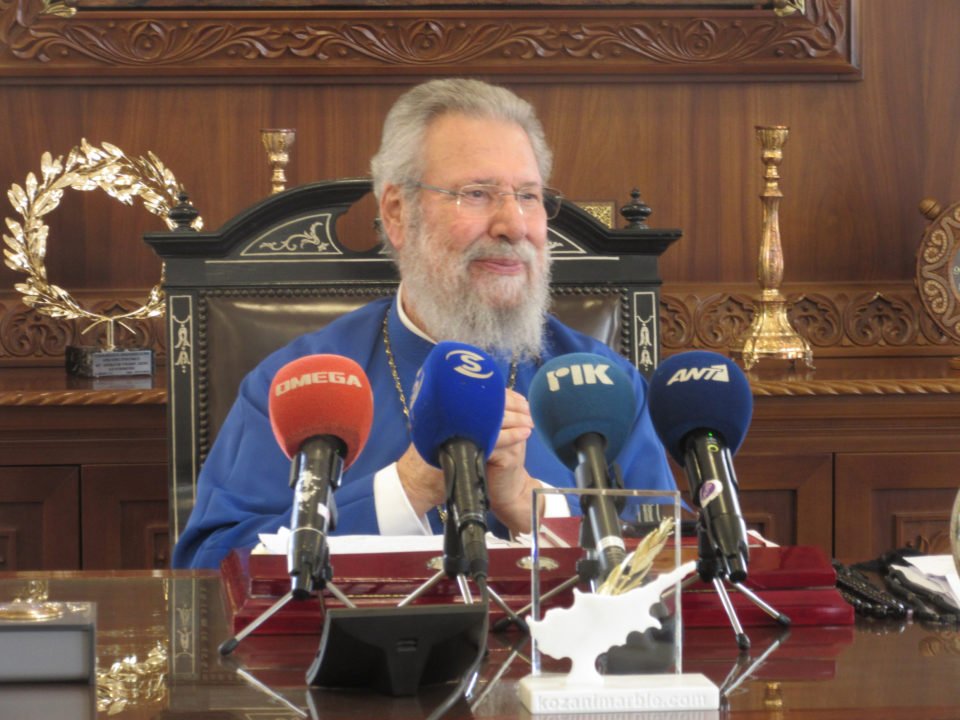 Archbishop Chrysostomos is expected to testify before the four-member investigative committee looking into citizenship by investment on Tuesday.

Speaking in Paphos on Sunday, he said the contribution the church received from a naturalised Malaysian to help create a Theological School has not been spent and will be gladly returned to his country if requested.

The panel is expected to convene at the Archbishopric to hear his beatitude’s testimony because of problems he has with his leg and moving around.

He said his case is “clean”.

He said the land developer who sold a villa to Malaysian businessman Jho Take Low that had been built on Church land asked the Archbishop to send a note to the minister to push his case for a passport forward.

He said this was not the first or the last time he had sent such notes to ministers.

He added that even though he has a good relationship with the present and previous governments, this does not mean they do what he asks.

The Archbishop said he had friendly relations with the president and former Interior Minister Socratis Hasikos. “But is does not mean when he does not listen to us he is our enemy and when he does he is our friend”.

He said while it is possible to make a mistake, in this case he does not think this is what happened. “When he got my letter, a passport had already been given to Jho Low and he wasn’t waiting from me whether or not to give him one”.

Speaking about the donation, the Archbishop said he did not know the man and it was the land developer who suggested as the Archbishop was sending a note to the minister perhaps he would like to make a contribution to the Archbishopric.

At that point he told the developer to invite him for food so they could meet.

He added that if he saw Jho Low today he would not recognise him as he only spent three quarters of an hour with him, over a meal.

The Archbishop said he told him he did not need any money for the Archbishopric but the Theological School had not been fully funded. He said money had been donated to the school from many sources and he thought Jho Low would give around 10 to 15,000 euros as others had.

“He did not bring it to us in a sack, but through a company registered in the Republic, which continues to exist and operate”.

He said he will reveal the details of this company to the committee on Tuesday.

The money, which was received in 2015, has not been spent, the Archbishop said, adding it was only in 2018 suspicions were raised about Low.

Compared to the three million euro the Archbishopric gives in donations annually this 300,000 is nothing, he said. An analysis of the Church’s books, he added, shows that about 10,000 euro is given out every day.

Low was a key figure in the scandal at 1Malaysia Development Berhad (1MDB), which US and Malaysian prosecutors say was used to siphon out hundreds of millions of dollars. Although at the time he got a Cypriot passport he was not wanted in connection with it.