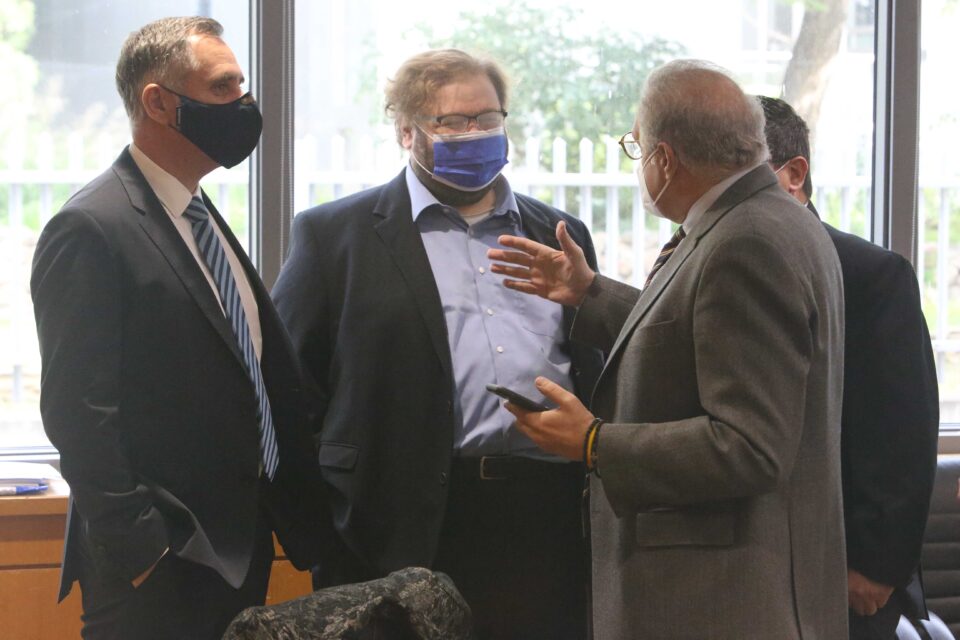 If MPs decide at Thursday’s plenum that the list of politically exposed persons (PEP) with bad loans should be made public, it will be published on parliament’s website, House Speaker Adamos Adamou said on Wednesday.

Adamou was speaking after a meeting of the ad hoc committee set up to debate the long-running saga of whether the list should be published or not. The plenum is set to take the final decision on Thursday.

The ad hoc committee mainly focused on Wednesday on how the list would be published, and it was decided it would officially be made part of the minutes of Thursday’s plenary, if publication is voted for. There would be no need for it to be published in the official gazette, he said.

It was not clear whether the list would be published on the same day as the vote or whether there would be a time delay before publication of the plenum’s minutes.

Adamou said that there was already a draft decision that would be read during the plenary after which the vote would take place.

Over the past two years, the debate over publication of the list has caused a multitude of controversies including threats of lawsuits from certain MPs.

The PEP list was first delivered to ex-House president Demetris Syllouris by former Central Bank boss Chrystalla Georghadji in April of 2019 just before she stepped down. The dossier concerns PEPs and the money they owed banks, including bad debts. Syllouris returned it to the new Central Bank governor, Constantinos Herodotou, and the matter has been going back and forth ever since.

Last week, all parties at the ad hoc committee were in favour of the matter being resubmitted to the plenum immediately. They were also in favour of publication including main opposition Akel.

“This story is coming to an end,” Adamou told reporters on Wednesday.

Wednesday’s meeting, he said had focused on the best way to publish the list. “The main aim was to find a means of publication so that this decision [to publish] could not easily be challenged before a court,” he said.

He said the list should not have gone to parliament in the manner that it had and “includes elements that are not the job of this body to examine”, he added.

The House speaker said once the Georghadji list was put to bed as an issue, the ad hoc committee would continue its work in future sessions. One of these is the matter of MPs without a file at inland revenue, which was raised by a number of deputies.

“This is not the only information that we have. There are other issues as well,” said Adamou without specifying further.

Enticing enigma: behind the allure of discrete brand Goyard

Getting to the roots of mental suffering – Sadhguru (Cyprus)