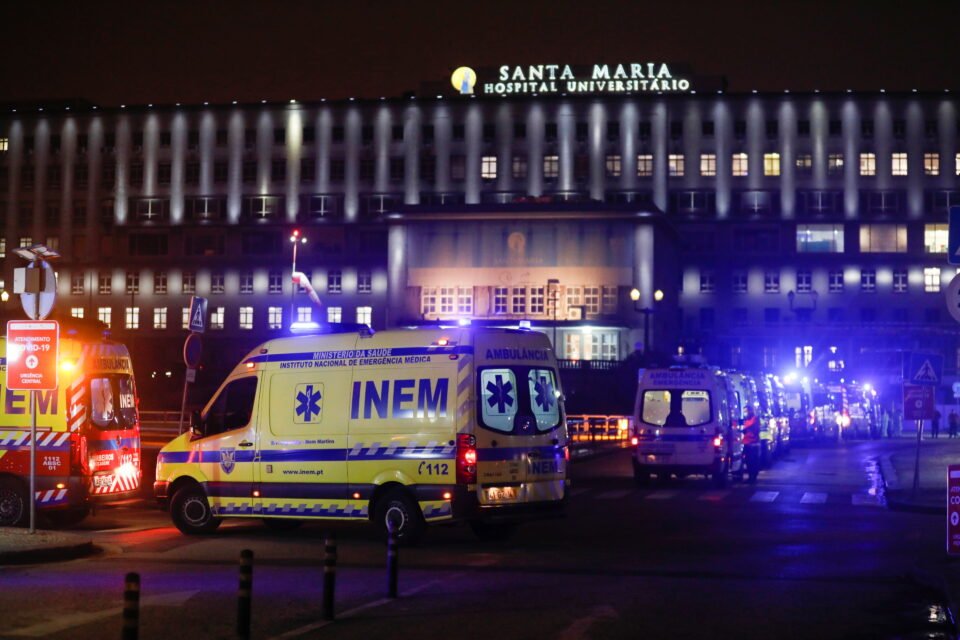 Portugal is in a terrible phase of the coronavirus pandemic, Prime Minister Antonio Costa said, warning that it would be some weeks before things might start to improve and only limited help could be expected from abroad.

With a total of 668,951 confirmed COVID-19 cases and 11,305 deaths, including a record 293 dead on Wednesday, Portugal has the world’s highest seven-day average of new daily cases and deaths per million inhabitants.

The situation was not “bad”, it was “terrible”, Costa told the TVI broadcaster overnight.

“There is no point in feeding the illusion that we are not facing the worst moment,” he said. “And we’ll face this worst moment for a few more weeks, that is for sure.”

More than 20 ambulances with COVID-19 patients queued outside Portugal’s largest hospital on Wednesday evening as they waited for beds to become available, while doctors in other hospitals warned of a risk of the oxygen support system collapsing.

Costa said the situation had worsened partly because his government relaxed restrictive measures between Christmas and the end of the year, but also due to the virulence of a new variant of the virus first detected in Britain.

“There were certainly errors: often the way I transmitted the message to the Portuguese … and, when the recipient of the message did not understand the message, then it is the messenger’s fault, I have no doubt about it,” he said.

Germany said on Wednesday that it was sending military medical experts to Portugal to see what kind of support it could bring.

But Costa warned there was only so much Germany and other European partners could do, adding that “one should be cautious” about the idea of sending patients to foreign countries – like Germany, for instance, did last year with patients just across the border in France.

“It is different for a country which has a geographical position like Portugal – between the Atlantic and Spain – than for a country that is at the centre of Europe with borders with several countries and therefore where cross-border collaboration is much more common and much easier.”

Regarding possible German aid, he said: “In everything Portugal has asked for, unfortunately they have no availability, namely doctors, nurses. They have ventilators, but at the moment we don’t need it because we have enough.”

In a rare note of hope, he did add that the lockdown measures decided last week should, in principle, start having an impact on contagion numbers next week.

Gergely Gulyas told a press briefing that any easing of restrictions now would lead to a tighter lockdown later, and Hungary could only start easing the measures if the number of cases falls sharply or if large numbers are inoculated.

“The measures taken in November have helped slow down and keep the pandemic under control,” Gulyas said. “Experts say in the absence of a vaccine, any easing would lead to a new wave and even more drastic tightening later.”

Current lockdown measures, including a night curfew and closing secondary schools and restaurants, were due to expire on Monday. Gulyas said the government would ask parliament to extend emergency government powers by 90 days.

Hungary had vaccinated 161,215 people as of Thursday using Pfizer and Moderna shots, the government said. Gulyas said vaccines arriving through the European Union’s procurement process would not be enough to achieve mass inoculation.

Gulyas said Hungary, which last week became the first EU member to buy Russia’s Sputnik V vaccine, would receive the first batch of the shot by the end of February, enough to inoculate 300,000 people.

Orban’s government is under pressure to reopen the economy as soon as possible before a 2022 national election after last year’s pandemic-driven crash led to its worst recession since the global financial crisis.

Gulyas said the government would accelerate the approval process for vaccines, granting emergency use approval to any shot already administered to at least a million people globally.

However, local health authorities would screen any new vaccine to be used in Hungary, he said.