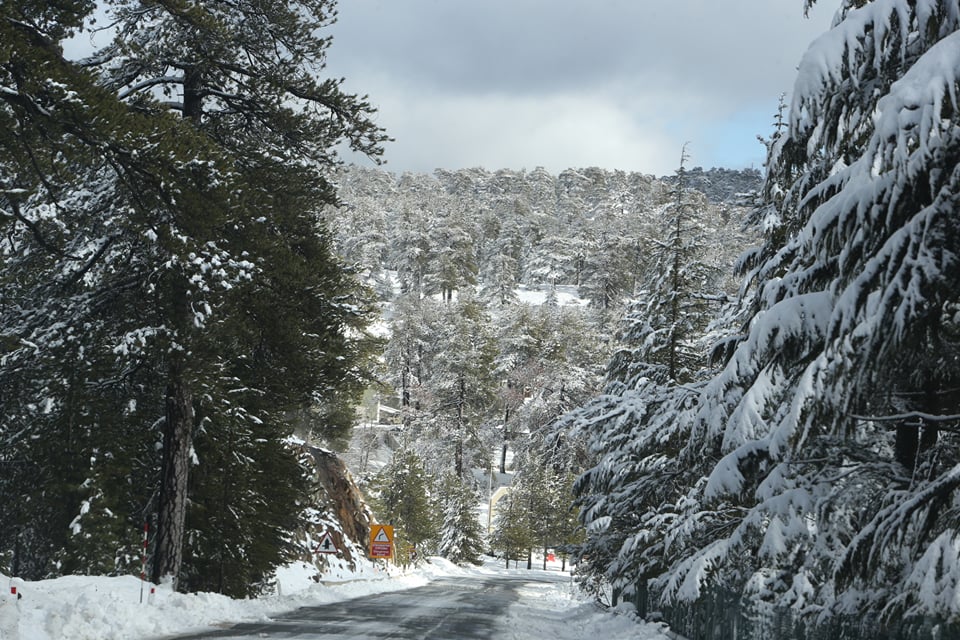 Police on Saturday stepped up checks in a bid to precent people from reaching Troodos after access to nature paths was banned due to overcrowding in the area.

The health ministry banned access to Troodos nature paths after hundreds of people crowded Troodos square last weekend claiming they were out for exercise.

Police said checks were being carried out at particular points around Troodos both to enforce the health order but also to help drivers navigate the roads in bad weather.

Checks were being conducted close to Prodromos, Karvounas and Trooditissa.

Police urged the public to show responsibility and discipline and comply with the decrees.

The roads from Platres to Troodos, Karvounas-Troodos, Prodromos-Troodos were open only to four-wheel drive vehicles or those with snow chains.

In the Morphou area, there have been land and rock slides on the road between Orkonta-Kampou-Kato Pyrgou, police said.