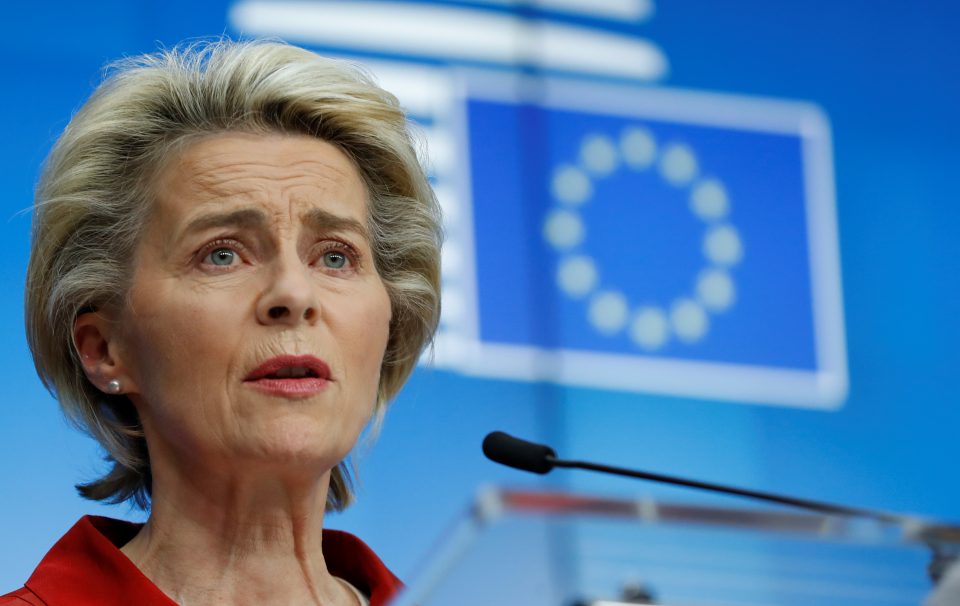 EU chief executive Ursula von der Leyen vigorously defended the European Commission’s record on vaccines on Tuesday and described a proposal that would have set up border checks on the island of Ireland as the sort of slip made when in a hurry.

In interviews with newspapers across Europe, the European Commission president sought to defuse mounting criticism over the EU’s slow start to COVID-19 vaccinations and outrage over a decision, swiftly reversed, to invoke Article 16 of the Northern Ireland protocol.

Von der Leyen, who has tweeted but not appeared in public since the bloc mandated that vaccine exports require clearance, was asked by the Irish Times if she would apologise.

The Commission chief replied that she regretted that Article 16 was in a “provisional version” of the decision, but said the EU executive had been “quick on its feet” to find another solution.

In similar comments to France’s Le Monde she said: “When you take urgent decisions – in this year of crisis, the Commission has taken almost 900 – there is always a risk of missing something.”

Von der Leyen has been called to face questioning on the saga by the European Parliament next week, and the Commission is due to explain itself before EU ambassadors on Wednesday.

The vaccine crisis, which came to a head with EU export controls unveiled on Friday, came after news that AstraZeneca would cut its supply of vaccines to the bloc until March by 60% due to production problems.

Even with the addition of an extra 9 million doses that von der Leyen announced on Sunday, the shortfall is at least 50%.

EU countries have so far given first doses to about 3% of their populations, compared with 9% for the United States and 14% for Britain, according to Our World in Data.

Von der Leyen said the supply problems should ease in the second quarter of 2021, with more production capacity for BioNTech/Pfizer and other potential approvals of vaccines, including from Johnson & Johnson.

The European Medicines Agency has moved more slowly than authorities elsewhere, which adopted emergency approval procedures. EU countries had agreed, she said, on a different approach, which meant it took three to four weeks longer.

The Commission has ordered 2.3 billion doses from six producers, far more than the bloc requires. Production, though, was an enormous challenge, with clear teething problems.

“I see it as a marathon in which we have only covered the first kilometres. We need fitness and nerves of steel, but I’m confident we’ll make it to the finish line,” she told Dutch newspaper De Volkskrant.