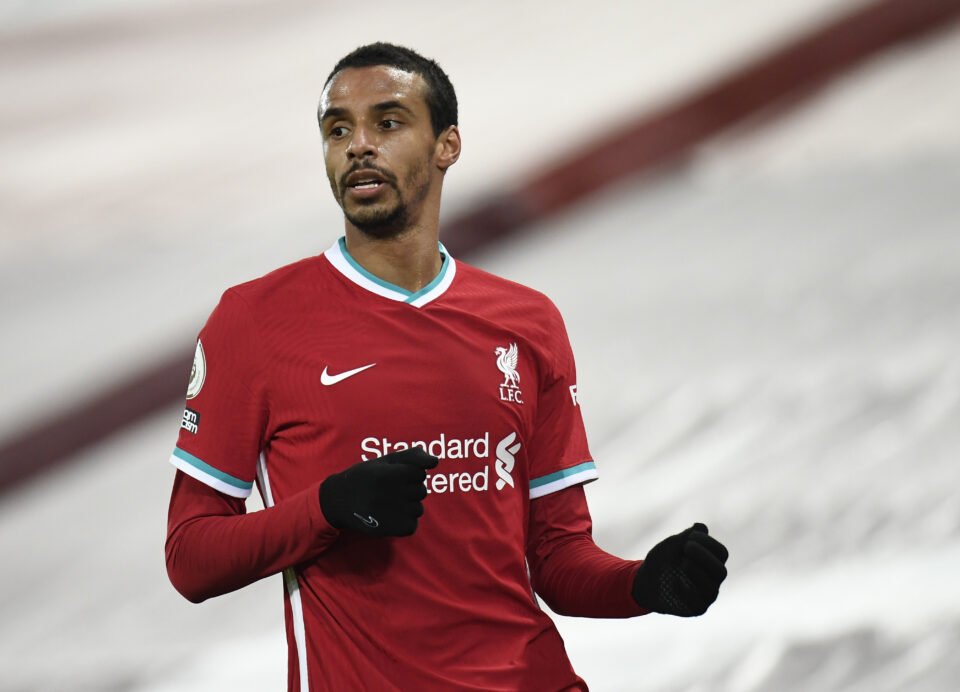 Joel Matip of Liverpool during the game against Burnley

Premier League champions Liverpool brought in defensive reinforcements on transfer deadline day as their injury woes worsened with the loss of Joel Matip for the rest of the season.

Liverpool are without central defenders Virgil van Dijk and Joe Gomez due to long-term injuries and Cameroon international Matip was forced off with an ankle ligament injury in their 3-1 league win at Tottenham Hotspur last week.

“Unfortunately, we found out now after everybody looked at it that Joel will be out for the rest of the season,” said manager Juergen Klopp.

“But he will be ready for the start of the next pre-season and finally everything will be sorted.”

Klopp has had to play midfielders Fabinho and Jordan Henderson in defence while also relying on young players to fill gaps at the back.

Liverpool fielded Henderson and 23-year-old Nathaniel Phillips as their centre back pairing in Sunday’s 3-1 win at West Ham United that lifted them to third place.

They will pay Championship side Preston around two million pounds ($2.74 million) for 25-year-old Davies, who arrives at Anfield on a long-term contract, according to British media.

“It’s a huge opportunity. Obviously it came as a bit of a surprise when it first came but once you start to get your head around it, the opportunity that is in front of me is incredible,” the player said in a statement https://www.liverpoolfc.com/news/first-team/424460-liverpool-seal-signing-of-ben-davies-on-long-term-deal.

“I’d be silly to not make the most of it and learn off the players (at the club).

“I’ve never actually been to Anfield and I haven’t had a look around yet. I had a quick look out and had a look at the pitch and it looks like carpet, which obviously you’d expect.”

Kabak’s loan to the end of the season was subject to international clearance.

The 20-year-old, recommended to Klopp by former Schalke manager David Wagner, has played seven times for Turkey and joined Schalke in 2019 from VfB Stuttgart.

“He’s really a big, big talent and we are really looking forward to working with him,” said Klopp.