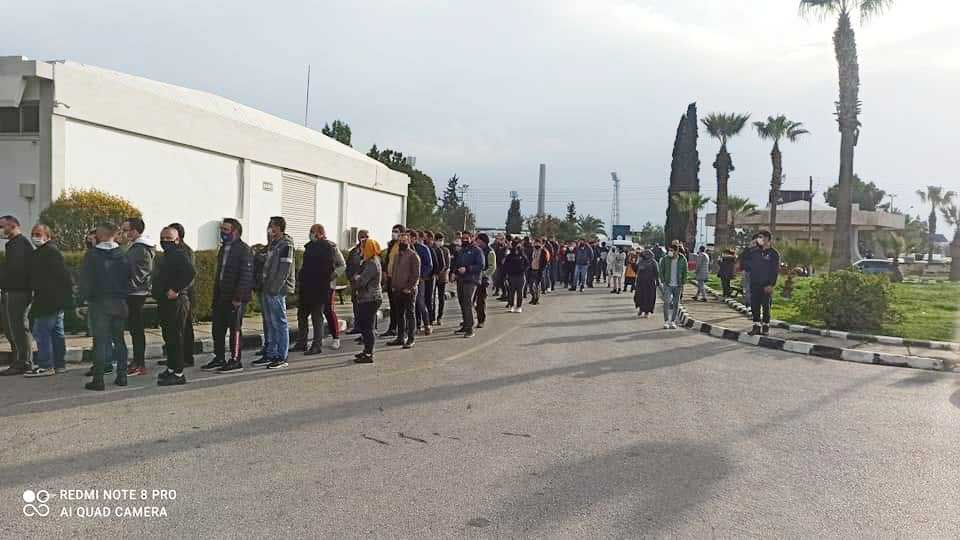 The north will enter a full lockdown on Friday evening as cases continue to rise leading the authorities to question whether the health system could cope.

The lockdown will start at 8pm Friday and will be in place until February 15.

The latest surge in cases appears to be driven by the British variant of the virus which reportedly accounts for 80 per cent of the cases in the north this month.

Though measures had been announced earlier in the week, including a traffic ban in all districts until February 10, the infectious diseases committee in the north, said the measures already in place have not been enough to prevent the spread of the virus and stricter ones were needed.

In light of the developments, it said, it has been deemed it essential to implement a full lockdown until February 15.

Banks, public offices and all sectors except for essential services will also remain closed until February 15.

Only pharmacies, petrol stations, bakeries, greengrocers, butchers and supermarkets as well as suppliers will be allowed to operate between 8am and 5pm. All these businesses, except pharmacies, will be closed on Sundays.

During this period only Turkish Cypriots and permanent residents in the north who have been in the UK, Netherlands, Denmark and South Africa for the last 14 days are permitted to enter the north provided that they stay in central quarantine for 14 days.

The night time curfew has been extended until February 15, while exercising outdoors and all sporting activities will be banned during this period.

Distance learning in primary and secondary schools will continue until February 17 but daycare centres will be allowed to operate to allow the smooth operation of sectors which will remain open.

The stricter measures follow a new record on Thursday of 80 cases reported from 6,397 tests. This was the highest number of tests carried out in the north since the beginning of the pandemic. Another 50 were detected overnight, ‘health minister’ Ali Pilli said on Friday.

According to the Turkish Cypriot media the research centre of the Near East University (DESAM) announced that it has detected the British variant at the PCR samples it had analysed at its lab.

The first sample was detected on January 3 while on February 3, eight of the ten samples examined carried the Β117 variant. A DESAM professor said the variant was spreading easily in the community and was responsible for the surge in cases of recent days.

He said that the variant raises the infection rate of the virus by 50 per cent to 78 per cent and the R0 (reproduction rate) from 0.4 to 0.7.  He added that the R0 in the north currently stood at 3.25 per cent.