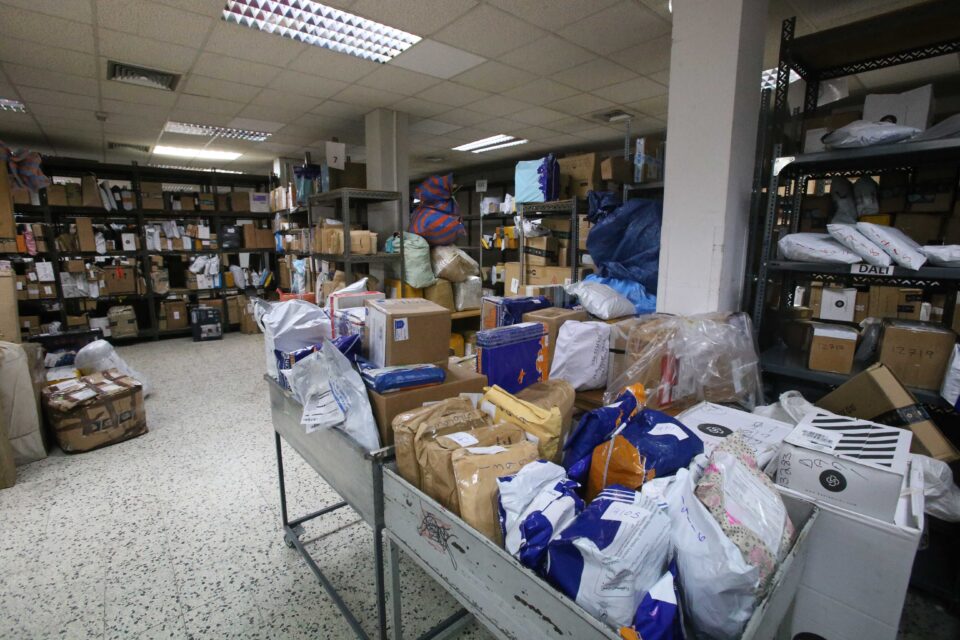 The coronavirus pandemic has overwhelmed the postal services as a surge in online orders from abroad coupled with severely limited flights has created the perfect storm of long delays and mountains of parcels.

It has also highlighted long-standing problems within the services that has not seen any new hires since 2012, according to deputy director of the Postal Services Pavlos Pavlides.

“There was a 30 per cent increase in parcel deliveries in 2020 compared with the previous year,” he told the Sunday Mail this week.

Despite the postal services’ attempts to process them faster, dozens of people queue up every morning at post offices islandwide to receive packages they ordered last year.

Waiting her turn to pick up her new coat from Strovolos post office in Prodromou avenue this week, Evri Nicolaou, 27, told the Sunday Mail she was disappointed with the weeks of delay as winter is almost over.

“I had to rush to the shops here and buy another jacket, something I was trying to avoid as I didn’t want to come in contact with that many people,” she said.

“There are always some delays over the holidays but this Christmas the situation was out of control,” Pavlides said.

While under normal circumstances, orders arrive and are processed within a week, said the acting director, some local online shoppers had to wait up to six months to receive their orders after the pandemic outbreak.

According to Pavlides, the lack of passenger flights – the main and fastest means of delivery – items have been arriving by boat in larger quantities at a time. The sudden influx of parcels makes it even harder for the services to process with just 608 staff at the 51 post offices nationwide.

“We had to find temporary storage solutions by renting containers or using areas in the offices that were not initially used for storage,” Pavlides said.

And Brexit has only made matters worse as shoppers shifted from ordering from UK-based websites to other European countries, mainly Germany. This led the postal services to warn of delays last November citing an accumulation of a large volume of items at Frankfurt airport, explaining that some would be sent by ship.

“If there was a normal flow in deliveries, the parcels would be manageable,” Pavlides explained. 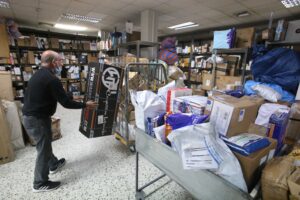 But, Janette Christophides, 60, who had paid double the delivery price on her Amazon purchase so that it was delivered in her workplace instead of the post office said she still had to go to the post office to pick it up in the end.

“They didn’t even send it to the closest post office. I also had to pay €15 for a taxi to go and pick up the package,” Christophides, who does not own a car, said.

She placed her order on December 9 and finally received her package on January 25.

The delays have caused particular frustration to those who used shopping therapy to deal with the lockdown measures.

“Online shopping was one of my ways of coping with being stuck at home…not anymore. It’s no fun when your order is so late you don’t even remember you placed it,” 25-year-old Corina Christou, who recently received her November splurge, told the Sunday Mail.

“I am still expecting a package from a friend in England since last year,” Christou added.

Andri Constantinou, 32, said she received an early December birthday present this week. “It was a nice surprise – especially because I thought the person who sent me it forgot my birthday – but I will avoid ordering anything online from abroad.”

The unprecedent situation has also created problems for Cyprus-based individuals who wish to sell their products abroad, including crafts people and artists.

“I sent a painting to a client in Canada. I took it to the post office on December 8, and it still hasn’t arrived. So that’s nearly two months now and there is no information on it,” said a local artist who did not wish her name published.

The artist was concerned the painting might get lost and she would have to reimburse her client.

“I’m worried. A painting is one of a kind and it would be heart-breaking for it to just disappear,” she added.

The services said they recently received a new mail sorting machine which is currently operating on a pilot basis at the Latsia post office and is expected to assist officials sort through letters and small packages faster.

“We were expecting to receive it earlier, but its delivery also got delayed due to the pandemic,” a postal service worker told the Sunday Mail.

People who are aware of these issues are more lenient with the postal services.

“The problem is not with the Cyprus post,” said a man who seemed comfortable waiting at the Strovolos post office to pick up his delayed order.

But the service has also been struggling with lack of staff and storage space for years now.

“There are about 34 unfilled positions which are continuously increasing due to promotions and people retiring. It is an issue that concerns us a lot but new hires do not depend on us,” Pavlides explained.

Cyprus post has submitted a request to the transport ministry to fill those positions since 2019 but the services are under hiring freeze ever since the financial crisis.

“It has been a constant challenge and we have repeatedly demanded from the relevant ministries to lift the hiring freeze,” he added.

Plans for expansion of certain post offices to create more storage space have also been scheduled for more than a year now.

Losing our best minds to others