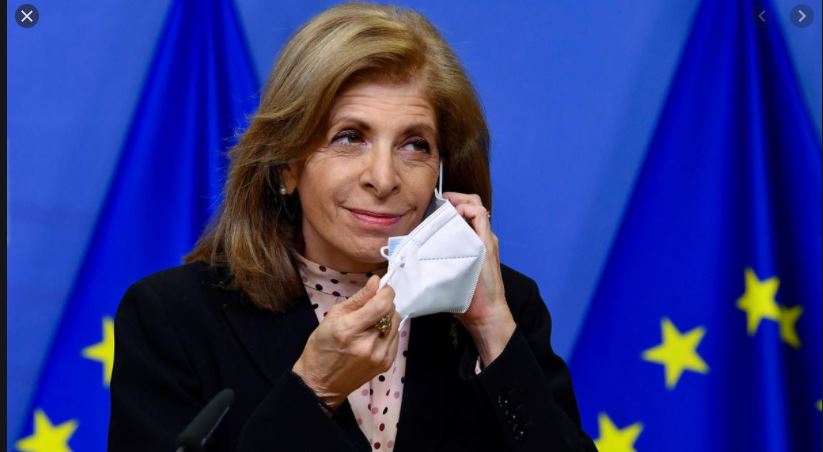 “We have now decided that a vaccine that has been improved by the manufacturer on the basis of the previous vaccine to combat new mutations no longer has to go through the entire approval process,” she told Bavaria’s Augsburger Allgemeine.

“So it will be faster to have suitable vaccines available without compromising on safety. Now, our focus is on ensuring that vaccines reach our citizens and the rest of the world, as quickly as possible and working with companies to eliminate bottlenecks in production and also looking at adjusting vaccine production to new virus variants.”

The European Commission has come under fire from EU member states over delays to deliveries of vaccines which has seen the bloc lag behind countries such as Britain, a former member, and the United States.

A total of 26 million vaccine doses have been delivered in Europe since December. More than 17 million people have been vaccinated in every corner of Europe.

Kyriakides is a member of a new task force, led by Industry Commissioner Thierry Breton, to eliminate bottlenecks in production plants and adjust output to new variants.

While vaccinations in the first quarter of 2021 have started slowly, the second quarter would see a pick-up and by the end of September the EU expects to have received sufficient doses from licenced producers to cover over 70 per cent of its population, Kyriakides said.

She also reiterated the Commission view that closing borders was not an effective weapon against infections.

“I think it is wrong for us to return to a Europe with closed borders, as in March 2020,” she said.

Germany will enforce entry bans on travellers from the Czech Republic and Austria’s Tyrol region from Sunday to prevent the spread of new variants.

How a woman spent five months saving a white squirrel