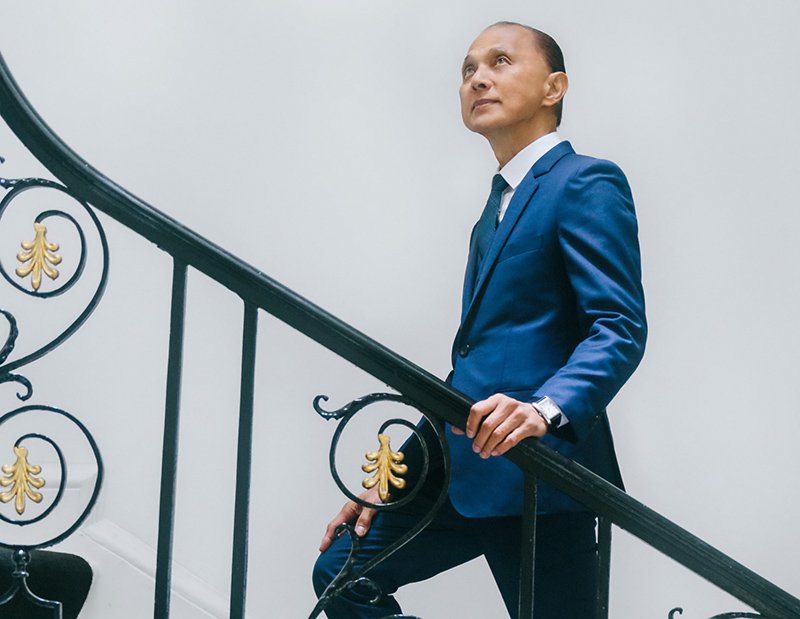 Looking back at the start of his career, before he became a household name and the founder of a billion dollar business, Professor Jimmy Choo OBE says his has two important women to thank for his success.

First, there’s his mother, who cleared out her savings so that her son could start his own footwear business in 1996.

“My mum is a generous person,” Choo tells me on a video call from his native Malaysia, where he’s been forced to stay for a year, due to the pandemic (he’s normally based in London).

“She said to me, ‘You start your own business instead of going to work for other people’. If my business failed, I would have no money to pay back to my mum.”

The other important figure Choo says helped him reach a wider audience is the late Princess Diana.

“Whenever she travelled to different parts of the world, she would call me and say ‘Oh, Jimmy, can you design a range for me? I’m travelling to Japan, India… my birthday is coming up, can you design something for me?’”

And, as word got out, he says, there was more demand: “So people said, ‘Oh, I must also ask Jimmy to design something for me’. So, it’s thanks to Princess Diana for giving me this opportunity.”

The 72-year-old speaks fondly of the time he spent with Diana before her death in 1997.

“I remember the first time I went to see her in Kensington Palace by myself, talking to her about designs for visiting different countries. The lady in waiting asked her, ‘Do you want me to stay with you?’ She said ‘No, no I’m comfortable with Jimmy here’. We had a trust.”

Choo, who now designs his own couture shoe collections, understands the enduring appeal of the royal style icon, and the importance of celebrity endorsements to emerging designers.

“I think it’s very important. If you look at how the late Princess Diana passed away so many years ago, but every time it’s her birthday, [everyone’s] still talking about her.”

Now, the iconic designer wants to pass on his knowledge to the next generation of fashion stars, which is why he’s launching JCA | London Fashion Academy.

Opening in September – based in London’s Mayfair – the academy is on track to become the UK’s newest university dedicated exclusively to fashion, and hopes to attract talented students from all over the UK, with a curriculum that focuses not only on design, but on business acumen too.

“Education for me is really important,” says Choo, who initially learned his craft from his shoemaker father in Penang, Malaysia, before moving to London in 1982 to continue his studies.

“I’ve been traveling to different parts of [the UK]. If I go to Birmingham, Liverpool, Leeds, young people say, ‘I would like to study in your academy’.”

So, what does it take to go from fashion novice to a globally-renowned designer like Choo?

Beyond a solid education, Choo is well aware of the power of product placement for designer brands.

On-screen style icon and high heel obsessive Carrie Bradshaw (played by real life style icon Sarah Jessica Parker) is credited with boosting the brand in the early 2000s thanks to the famous “I lost my Choo!” moment in Sex And The City.

Now the much-loved TV series is getting a reboot, and Professor Choo is very pleased.

“This is a good chance for me,” he says, but it’s not his Jimmy Choos he’s hoping to see Carrie Bradshaw strutting around in this time.

“You see, all my students who study with me, they also have a chance to work with the royal family and celebrities as well. They have the knowledge, they have a connection [with the academy], they can design for the film stars as well.”