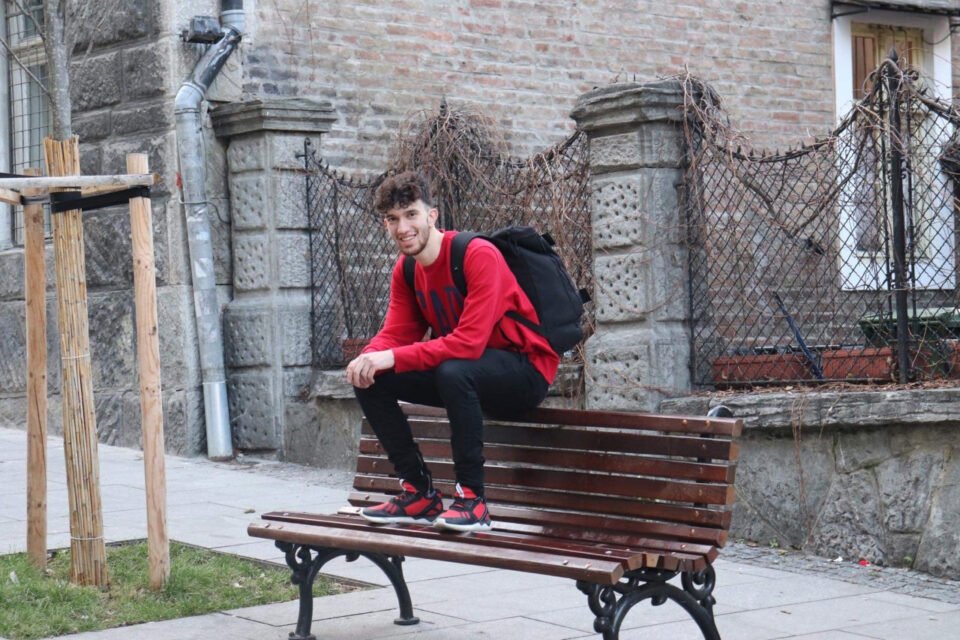 Where do you live
I am currently living in Buxton, England with four of my friends Rami, George, Maria and Chrysanthi.

What did you have for breakfast?
It depends on the mood when I will wake up. I usually have rice crackers with peanut butter, honey, and banana.

Describe your perfect day
My perfect day is to take the car and head for the mountains to explore new places, explore nature, take pictures, hike to the mountains and finally a relaxing coffee in front of the fireplace.

Best book ever read?
The Meaning of Life. It just explains what the meaning of life is and how easy it is to discover it whenever you want. It is not one meaning for every season of your life. You update at regular intervals. It gives you every reason to find your own meaning in life.

Best childhood memory?
I remember when all the children of the neighbourhood gathered in the football field of the school and played from the noon till the night.

What is always in your fridge?
Yogurt

What music are you listening to in the car at the moment?
I usually listen to my favourite band Linkin Park

What’s your spirit animal?
I believe it is a wolf because I have great intelligence and I want to be free. Also, I am always feeling threatened and I have a lack of trust in people.

What are you most proud of?
I am mostly most proud of myself, because all the hardships and sacrifices that I have been through have finally paid of for me and I am one step closer to achieving my dreams.

What movie scene has really stayed with you?
The movie scene is the ending scene of Shutter Island where Leonardo said ‘Live as a monster or die as a good man’. If he would leave as a monster he accepts his guilt and if he becomes sane he will become the monster. His delusions are his brain’s way of removing this guilt and hiding the fact that he ignored his family, did not act on his wife’s mental illness, allowed her to murder their children. To die as a good man, in his delusion he is a good man. He truly believes that he is on the side of law and order and that he is doing right.

If you could pick anyone at all (alive or dead) to go out for the evening with, who would it be?
I will choose Chester Bennington the lead singer of Linkin Park

If you could time travel when/where would you go?
I would like to go the future, 200 years from now, I want to see where technology took us as nowadays it is rapidly growing and also if there are flying cars.

What is your greatest fear?
Darkness

What would you say to your 18-year-old self?
You won’t ever stop being an over-thinker. Disappointing, I know. But embrace it. It has made you a person who cares and loves very deeply.
Stop worrying so much about who likes you or doesn’t like you.
Never open up to anyone.
People are not the same, if you think people will do as you do for them you will end up very disappointed.

If the world is ending in 24 hours what would you do?
I would try to be with the people that I love the most, spend the time having fun, drink, try new things I was afraid to do. Tell the closest people to me how important they were.

A hub of musical culture