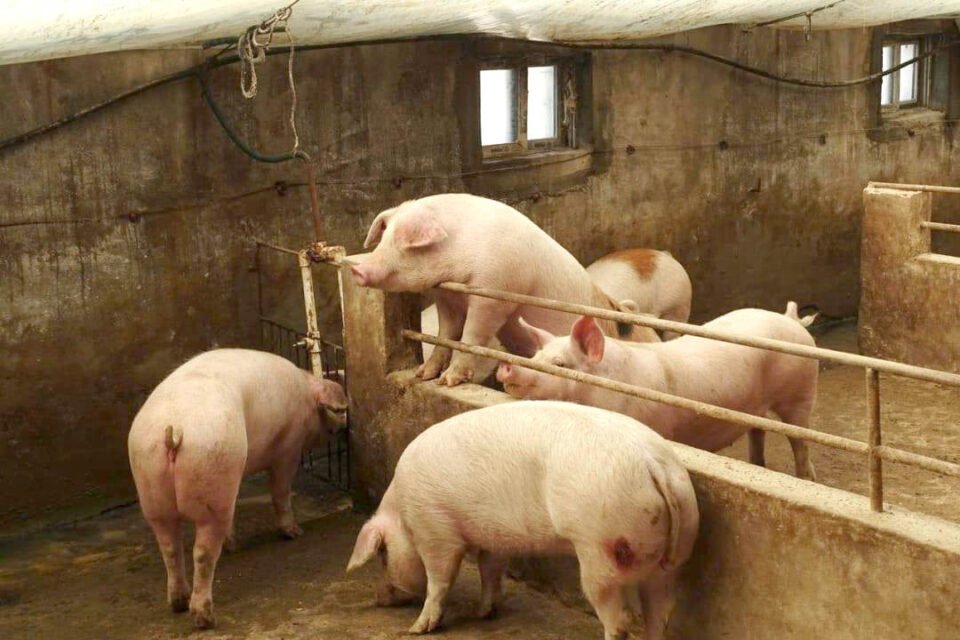 There is a glut of pork across europe, caused by china importing less from the eu after restarting its pig breeding industry on a large scale, which has brought the wholesale price down

Throughout the past year of pandemic disruption, Cyprus seems to have been little impacted in terms of its food distribution but, like the rest of the world, cracks are beginning to appear, and growing wider, the longer global governments cling to lockdowns as a means to control the spread of the virus.

Observers of the commodities markets could not have failed to notice the grim array of Reuters headlines towards the end of 2020 such as ‘Corn, soybean, wheat hit 6 year high’, ‘Dryness in Argentina puts downward pressure on soy planting’, or ‘US feedmakers hoard soybeans as supplies dwindle’.

Bloomberg recently reported ‘US crop prices are rising, and China is buying’ and the UN’s Food and Agriculture Organisation (FAO) said its Food Price Index rose for a seventh consecutive month in December, while the International Labour Organisation (ILO) said the pandemic was “driving up food prices all over the world”.

Far-flung problems? Not in today’s interdependent world and especially for those like Cyprus that import almost everything.

While the world prepared itself for the disruptions that would be caused by the initial lockdowns last March, it was supposed to be temporary and supply chains were to recover. But almost a year on, intermittent lockdowns look set to continue for the best part of 2021 despite dire warnings of the implications from the FAO.

The situation is not entirely down to the pandemic. That has just compounded other problems across the globe like swarms of locusts, droughts and swine flu outbreaks. Only days ago in Texas, wind turbines froze, resulting in rolling blackouts leaving farmers unable to feed and water their livestock, to top a litany of disruptions being experienced by producers around the world.

It was only a matter of time before it started to hit home. The Solidarity Party a few days ago issued a brief announcement warning that barley prices had increased here by 35 per cent and soy by 60 per cent, causing an overall 40 per cent hike in feed prices. These increases look likely to have a knock-on effect on other food items from dairy to meat to flour and down to staples like bread, pasta and rice.

Indeed, one supermarket manager in Nicosia, Marcos Charalambous, told the Sunday Mail that their suppliers had increased the prices on rice, pasta and beans.

“China is buying everything and suppliers are not able to find what they need,” he said. “Until now we don’t have a major problem but if this goes on… it was supposed to be for a short time, not a year”.

Not only this but suppliers are having to pay more to bring produce to Cyprus. Charalambous said they used to be able to fill a container for €100 but now they’re paying as much as €2,000 because there are not enough ships operating globally to fulfill demand. “If China is buying at better prices than us, who will care about bringing goods to Cyprus?” he added.

According to the head of the Butchers Association, Costas Livadiotis, and here’s where it gets complicated, meat prices, especially pork, at the moment have not risen, even though farmers in Cyprus are paying more for their animal feed.

The reason is because there is a glut of pork across Europe, which has brought the wholesale price to around €1.6 a kilo, Livadiotis said. Europe’s pork glut, he said, is caused by China importing less from the EU and restarting its pig breeding industry on a large scale after a swine-flue issue, hence its hoarding of corn for animal feed. China’s import of corn had risen over 80 per cent by the end of 2020.

The US agriculture department predicts that China is set to import record volumes of coarse grains, which are mostly corn, and buy more foreign wheat than it has in a quarter-century. China bought so many soybeans from Brazil that the world’s largest exporter is running low at home, according to foreign news reports. Hellenic Shipping News, citing analysts, said China’s grain purchases were “sending shocks through the grain-reliant dairy and meat sectors”.

With the price of imported pork being so cheap, Cypriot pig farmers cannot pass on the higher cost of feeding their animals to the consumer, which has left them in a catch-22 situation. Cash-strapped consumers will always opt for the cheaper pork, which would ruin a higher-priced Cypriot industry, but the sector could also collapse if higher feed costs cause business to become unsustainable for many farmers, especially if markets are subjected to extended lockdowns.

Lockdowns are also responsible for the lower demand for pork globally, Livadiotis said. “No restaurants or hotels are operating, lowering demand and keeping prices down. In Cyprus, farmers are feeding their animals at higher cost but getting a low price for their product.”

According to a consultant for the Cyprus dairy industry who did not wish to be named, animal feed prices went up 40 per cent in the past two months and farmers are being forced to suck it up.

“The price went up because of China reopening their pig farms as they had problems in the last four years. Now they need corn and barley. That is one of the reasons,” said the consultant.

He said it was a huge problem for pig farmers in Cyprus. Every pig raised is now costing the farmer 20 per cent more and while a dairy farmer could feed his animals for €15,000 six months ago, the same feed was now costing €19,000, and could not be passed on.

He said the dairy farmers he consults with say they can hold out for the next five months to a year if the lockdowns are to end, but the pig farmers are in dire straits.

The pandemic was only part of the problem being experienced in Cyprus with the higher feed prices, the consultant said. Since the government decided to close the grain commission, which was the organisation negotiating for grain imports and best prices, “the importers are doing anything they want now”, he added. “And the government is saying nothing.”

The Solidarity party in its announcement also suggested “a cartel” was at work and called on the agriculture ministry to cap grain prices to help farmers “who are in despair”. The minister of agriculture could not be reached for comment.

In its report on February 5, the World Bank said some countries were also hanging on to their stocks of grains and refusing to export, fearing shortages. “Though current food insecurity is by and large not driven by food shortages, supply disruptions and inflation affecting key agricultural inputs, or prolonged labour shortages could diminish next season’s crop,” it warned.