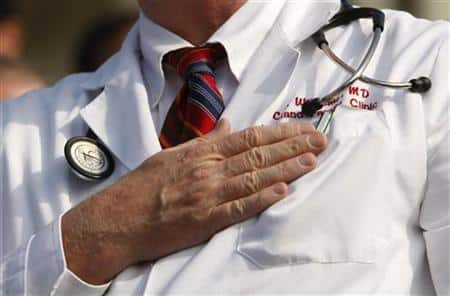 A March trial date has been set for the doctor accused of sexually harassing a female patient, police confirmed on Monday.

The complaint was brought to the spotlight by Politis newspaper which in a report on Sunday revealed that the doctor in question had been previously convicted in a similar case.

The doctor was to be called for a statement a few days after the second woman’s complaint back in August, but the private company issuing the summons “could not find him”, police spokesman Christos Andreou told national broadcaster Cybc on Monday.

As a result the indictment was withdrawn, as is customary in such cases.

A new attempt to summon the doctor in early 2021 was successful and the case is set for a hearing in March.

The doctor, who reportedly works at a well-known private clinic in Nicosia, had been charged in 2015 with indecent assault and sexual harassment of 19-year-old and was fined €7,000 including the woman’s legal costs, Politis reported.

Speaking to Cybc on Monday, the Cyprus Medical Association (Cyma)’s ethics board head Michael Anastasiades responded to the newspaper’s claim that the association was unaware of the previous case.

“We are not responsible for investigating complaints made to us about any of our members,” he said, adding that criminal cases are always referred to the police first so that the appropriate criminal and legal proceedings may take place.

Cyma will await the outcome of the legal proceedings before taking its own appropriate procedures, which could even result in the removal of the doctor’s licence, he added.

“We have a zero tolerance for unethical behaviour,” he said, “but any case should take into account the presumption of innocence of anyone accused”.

Asked about the previous case concerning the same doctor, Anastasiades said that despite their collaborative relationship, the police are not obligated to inform Cyma if one of its members is charged with a crime.

Even though he could not provide a specific number, Andreou said that the police have recently received over a dozen complaints relating to sexual harassment cases in general, many of which are still under investigation.

The police have been “constantly” receiving complaints by alleged victims of sexual harassment and assault, the police spokesman said, but not all cases see the public eye.

“We want to foster an environment of trust by protecting the privacy of the victims,” he explained, adding that sometimes – such as in the case of the recent sexual assault allegations against a politician – information can get leaked.

The past week has also seen a number of Cypriot actors sharing their own experiences of harassment and assault by fellow members of the theatre community. An older allegation relating to a member of the clergy has also resurfaced.