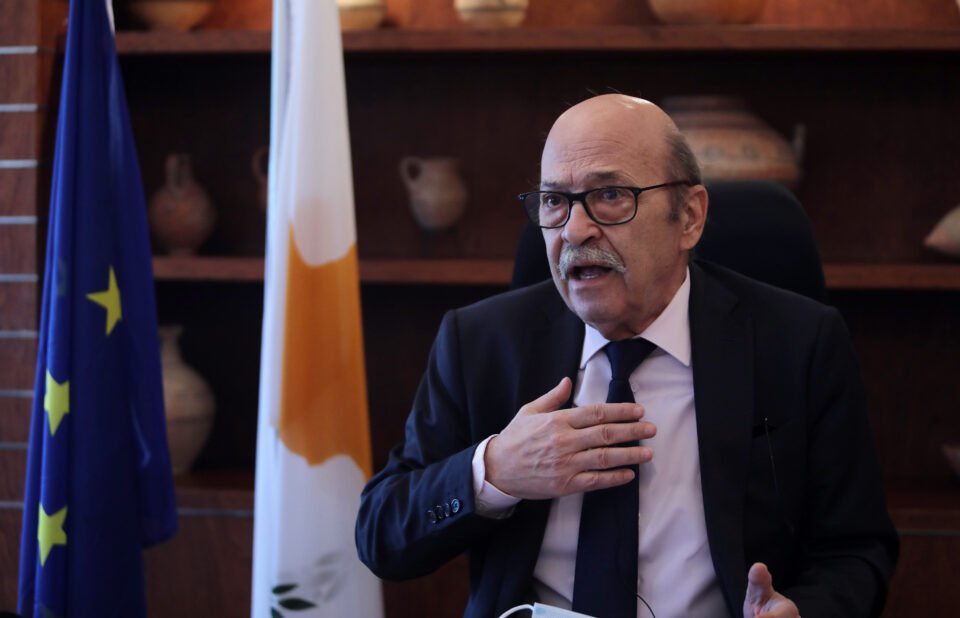 President of the House of Representatives Adamos Adamou said on Wednesday that Parliament must raise its standards and improve its image among the public who are turning their backs to politics and politicians, and especially  Parliament.

In an interview with the Cyprus News Agency, Adamou who was elected speaker last October after the resignation Demetris Syllouris over a passport-for-sale scandal, said he had accepted the post in order to accomplish specific goals before the Parliamentary elections set to take place on May 2021.

“When I accepted to take on this heavy duty, under the given circumstances for a short period of about seven months, it was because I had in mind to clarify some things,” he said.

In the context of the effort to tackle corruption Adamou goals include mainly the publication of a list with loans of politically exposed persons (Georghadji list), the approval of a Code of Conduct of members of parliament and other bills, such as the establishment of the Independent Anti-Corruption Authority and on whistleblowers. The first two of the goals have already been achieved, while the other two are expected to be completed by the end of the term of the current Parliament, he said.

Adamou expressed the view that the Parliament has an obligation to raise its standards. He said that people distrust politics and politicians, according to all the latest polls, while as he said in the eyes of the people, the Parliament holds the last place.

“Of course, we are responsible for increasing this percentage of our acceptance by the people, with our actions as a House of Representatives, in order to be able to raise even a little the bar of parliamentarism in our country”, he said.

Adamou also commented on the recent difficulties the government had faced to secure approval by the House of its 2021 state budget. The Parliament’s plenary session rejected the state budget last December and approved an amended version by a slight majority in January.

Adamou expressed the view that there are still some unanswered questions about what could have happened if the budget was not approved and how the state could continue to function. He also said that every government in power should come to an agreement beforehand with the parliamentary parties that will vote on the budget in order to avoid dilemmas.

Regarding the government decrees to address the spread of Covid-19 and the view expressed that the Parliament’s approval should have been required, Adamou said that although this may be legally justified, here we are dealing with a pandemic that costs human lives. He added that if the government had not taken the measures on time, Cyprus would not have been in such a good position today, as evident by the data for the pandemic, but also by the vaccinations rate.

Adamou, who is a doctor by profession, referred to pandemic fatigue, saying that in a slow and coordinated manner, the authorities should open the various sectors of social life, in order for the situation to stay manageable.

He also expressed optimism about the course of the pandemic and said that Cyprus will be in a very good position by June, when a large percentage of the population will be vaccinated.

He welcomed the release of different vaccines but said that as a doctor he also had questions about how long a vaccine lasts, how many doses will be needed or if they will cover mutations in the virus.

“There are unanswered questions. But these cannot stop us from proceeding with mass vaccination of the population because it is the only way to deal with the pandemic,” he said.

Adamou, who will not be running for re-election in the next parliamentary elections, has been a member of both the Cyprus Parliament and the European Parliament.

“My entire career in politics had the same focus as my scientific and medical career, humans. I tried to serve the people,” he said.

As a doctor, he added, he believes that he has served the people well and conscientiously, while in the field of politics he said, “I did what I could do”. Finally, Adamou said that he is leaving politics “standing tall”.