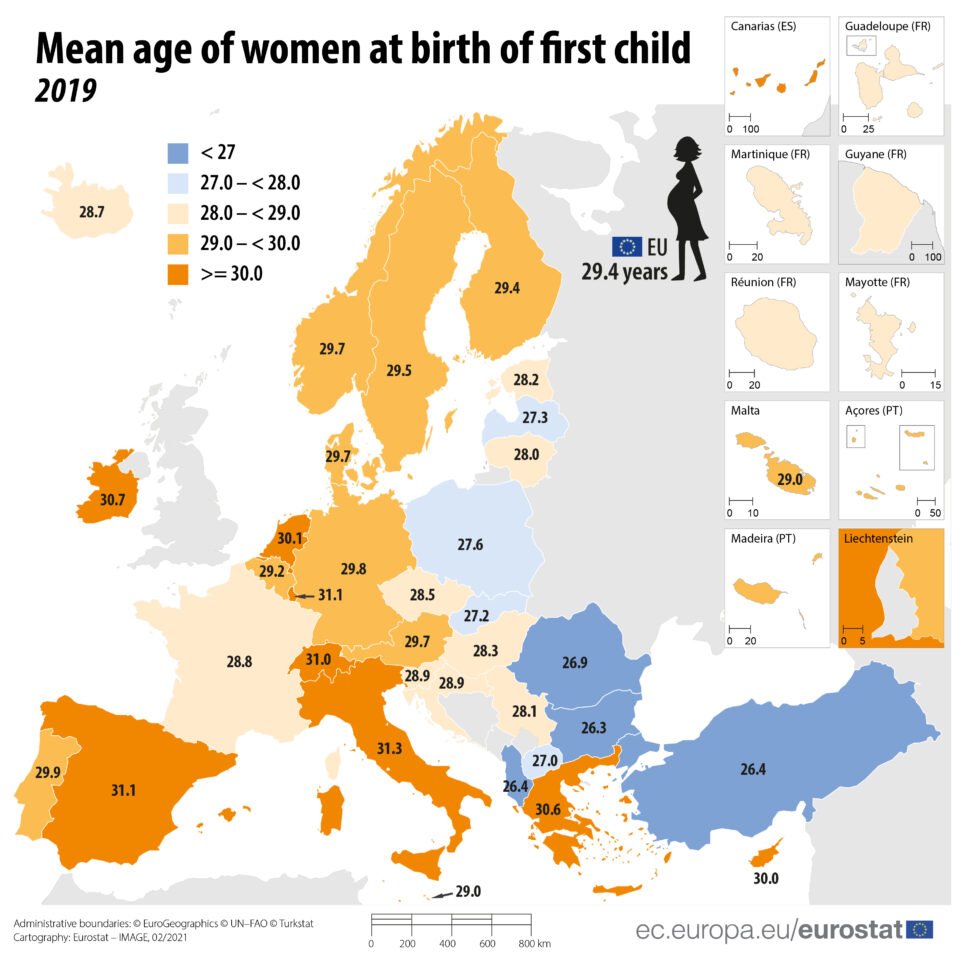 In line with an EU-wide trend, women in Cyprus are having their first child later, according to data published on Wednesday by Eurostat.

The mean age has increased in all EU Member States over this period, though to varying degrees.

Over the same period, the smallest changes were recorded in Slovakia (+0.1 years) and Slovenia (+0.2).

In contrast, in two Member States the mean ages at which women had their first child were below 27 years, in Bulgaria (26.3 years) and Romania (26.9 years).