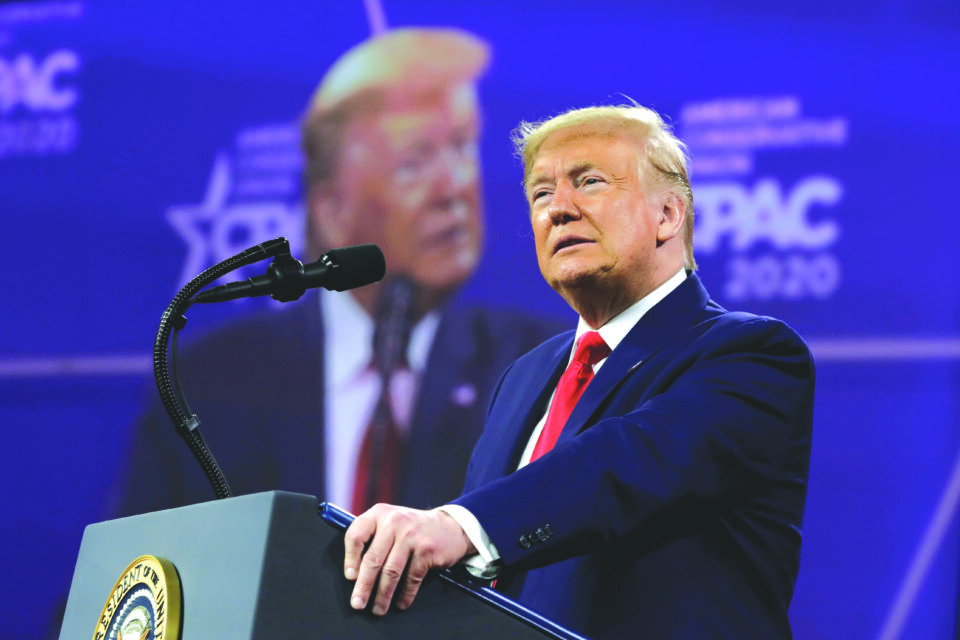 A file photo of Donald Trump

President Joe Biden’s White House has made it clear it plans to ignore Donald Trump’s speech on Sunday to a conservative conference in Florida, where the former president is expected to go on the attack against his successor.

“Our focus is certainly not on what President Trump is saying” at the Conservative Political Action Conference, White House Press Secretary Jen Psaki told reporters.

It’s a strategy that has worked before, political veterans and historians say.

“Biden is obeying an old political rule, which is ‘Never get in the way of a train wreck’,” said Bob Shrum, former Democratic strategist and director of the Center for Political Future at University of Southern California.

Biden’s approval ratings in Gallup polls have remained above 55% since he took office on Jan. 20, and support for the White House’s $1.9 trillion COVID-relief package is higher.

“One of Biden’s great strengths in the campaign was he focused on the future … he is doing exactly what he needs to do which is talk about COVID and the economy,” Elmendorf said.

Meanwhile, Republicans are at loggerheads over how to deal with Trump’s legacy.

Several of the seven Republican senators who voted to convict Trump on an impeachment charge over the deadly riot at the U.S. Capitol have faced censure votes at home.

Others, like House minority leader Kevin McCarthy, have taken great pains to walk back initial criticism of Trump’s role on Jan. 6, when he urged his supporters to march on the Capitol.

“The Republicans are having a fight with themselves about Donald Trump,” Elmendorf said. “We should let them have it and stay out of it.”

On Sunday, Trump is expected to signal a run in 2024 and put Republicans who supported his impeachment on notice, while accusing Biden of opening the doors to immigrants.

The White House plans to shrug.

“Well, we’re not looking to former President Trump or any of his advisers as a model for how we’re approaching immigration,” Psaki said.

Some say any truly incendiary remarks on Sunday or afterwards deserve a federal government response, however.

“Anything that says that threatens the constitutional order is going to be beyond the pale and there are going to be, in effect, certain red lines that if Trump goes over them, that Biden will feel compelled to say something,” said David Gergen, a former adviser to Presidents Richard Nixon, Gerald Ford, Ronald Reagan and Bill Clinton.

“The more Biden is able to hold back, the more important it will be when he unloads on Trump if he decides to do that,” Gergen said.

Biden “is on the cusp of a major stimulus relief package that is enormously popular so why allow the former president to take the people’s eyes off of that? I just don’t think there is any incentive for him to do it,” Zelizer said.

A minute with Kirsty Dewar Singer/Songwriter