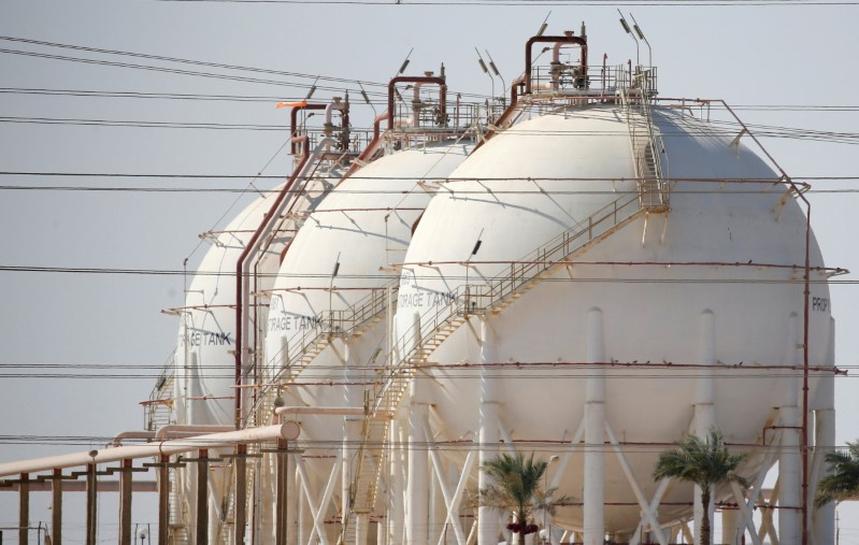 the eu’s own projections show gas consumption declining by 25 per cent 30 per cent by 2030. this makes it difficult to see how israel and egypt expect to be able to succeed

THE Egyptian Petroleum Minister, Tareq El Molla, in a first visit to Israel on February 21 agreed with his Israeli counterpart, Yuval Steinitz, to work together toward an inter-governmental agreement for the construction of an offshore gas pipeline from the Leviathan gas-field to Egypt’s liquefaction facilities. This came as part of a discussion on ways to boost joint cooperation on energy security in both countries.

This visit was preceded by similar delegations of Greek and Cypriot leaders, intended to demonstrate renewed regional ally unity in the light of the forthcoming meetings involving Greece, Turkey, Cyprus and the EU, and US’ evolving role in the region.

The two ministers specifically referred to increasing “gas exports to Europe through the liquefaction facilities in Egypt, in light of the growing demand in Europe for natural gas.” But this runs contrary to the debate currently taking place in Europe about the future of natural gas, following commitments for a 55 per cent cut in emissions by 2030 and net-zero by 2050.

EU’s Taxonomy regulation on the establishment of a framework to facilitate sustainable investment has left natural gas completely out. Even though the debate is still raging, EU’s own projections show gas consumption declining by 25 per cent-30 per cent by 2030. This makes it difficult to see how Israel and Egypt expect to be able to succeed with plans to export LNG to Europe.

Without securing export contracts, it is difficult to see how a new offshore pipeline to supply gas from Israel to Egypt can attract the required investment to enable its construction.

Low global LNG prices present another challenge. Egypt has reopened the Damietta liquefaction plant, after eight years of lying idle, and hopes to expand LNG exports to global markets. But this will depend greatly on prices. After a spike in January, global spot prices have returned to low levels. For LNG to be delivered in April the price in Japan has dropped to $6.25/mmbtu and in western Europe down to $5.37/mmbtu. With the existing gas export agreement between Israel and Egypt priced at about $6/mmbtu, it is difficult to see how the economics would add up.

Another challenge is that with the increase in renewable power and gradual removal of fuel subsidies, Egypt has surplus electricity production, thus requiring less gas for power generation. As a result, the Zohr gas-field is producing below capacity because of lower demand. Eni plans to use some of this gas to feed LNG exports from Damietta.

Of course it goes without saying that should such a pipeline be built, it would diminish Cyprus’ already low chances of exporting Aphrodite gas to Egypt’s LNG plants.

In the meanwhile, Israeli, Palestinian, Qatari and European interests appear to have come together and they are at the point of agreeing to supply much-needed gas from Chevron’s Leviathan gas-field to Gaza by 2023.

On another positive note, the East Med Gas Forum (EMGF) comes into force on March 1. This could eventually become a catalyst for the development of regional energy markets, especially natural gas resources, to facilitate renewable energy integration.

As a reminder of the environmental dangers that lurk in a closed sea like the Mediterranean, early February there was an oil spill off the coast of Israel that has now spread all the way to Lebanon. Not much is known about it, but it is estimated to have been caused by about 1000 tonnes of tar leaked into the sea, that has now spread over about 190km of coastline. The dangers to coastlines and the Mediterranean’s fragile environment are obvious.

Following Turkey’s issue of a Navtex blocking an area in the Aegean between Limnos, Skyros and Lesbos from 18 February to 2 March, the Turkish oceanographic vessel Cesme started surveys on  February 18.

This followed a meeting of Turkey’s National Security Council end of January, chaired by President Erdogan, that declared that the country is “determined to protect its rights, relevance and interests in the East Med, the Aegean and Cyprus.” Erdogan appears to be determined to maintain a position of strength come-what-may.

On February 23 the Turkish state news agency Anadolu, citing sources in the Turkish ministry of defence, claimed that four Greek fighter jets ‘harassed’ Cesme while conducting surveys in the Aegean. The Greeks strongly denied this. In fact they said that Turkey appears to be orchestrating an ‘incident’ to portray Greece – to the US and the EU – as the instigator of tension before the forthcoming crucial meetings in March.

It could be related to the fact that the new US administration and the EU are considering a tougher line against President Erdogan. Turkey’s maritime claims and actions in the East Med is one of the concerns shared between the EU and the US. Alarmed, Turkey may be trying to present itself as the victim, rather than the aggressor, in the area. If so, I will be surprised if this works.

Whatever lies behind these developments, it is very unfortunate. The timing of sending Cesme in the Aegean is at best regrettable. It was not something that could not have waited until later.

The forthcoming exploratory meetings between Greece and Turkey, the European Council summit in March and the meetings on the Cyprus problem are important to all and I am sure the key players will work behind the scenes to calm the situation down and allow these to take place. How effective they will be I wouldn’t venture to say, but then I do not have great expectations that there will be any breakthroughs.

The Biden administration is increasingly questioning the state of the ‘strategic partnership’ with Turkey. This must be of great concern to President Erdogan, who hopes for a closer relationship with the US, especially as it now looks likely that the US will side with the EU over Turkey’s aggressive pursue of its maritime claims in the East Med. Turkey will be expected to abide by accepted international law, and not just its own, ‘unique’, interpretation of it.

But Turkey is determined to continue its aggressive pursue of what it considers to be its rights in the East Med. It still sees maintaining tension as a means to enforce its demands – President Erdogan probably perceives backing-off as weakness.

Let’s hope that the recent events do not derail the March meetings. Lowering tensions in the East Med is key to resolving problems and to future stability in the region.