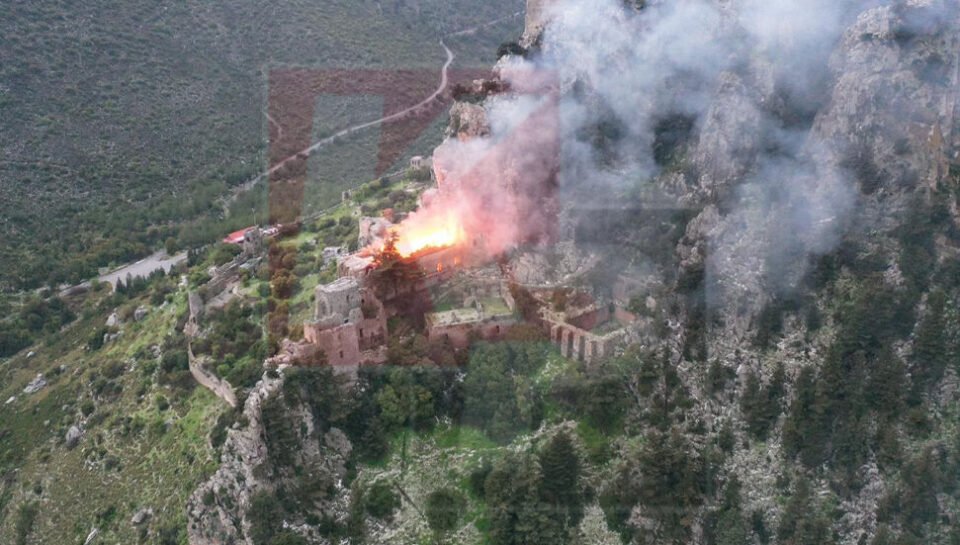 A fire at Saint Hilarion castle on the Pentadaktylos mountain has damaged a centuries’ old building which was being used as a cafeteria, Turkish Cypriot media reported on Wednesday.

Reports said the fire was put under control at around 8pm, about three hours after it broke out.

The cause was not yet known but it is suspected the blaze could have been caused by lightning strike since the cafeteria, which is housed in part of the original structure, has been closed due to Covid restrictions.

The castle, which dates to the 10th century, was the best-preserved ruin of three former strongholds on the Kyrenia mountains, the other two being Kantara and Buffavento.

The fortifications were started by the Byzantines as defence of the island against Arab pirates raiding the coast.

Some sections were further upgraded under the Lusignan dynasty (1192-1489), during which the castle was the focus of a four-year struggle between Holy Roman Emperor Frederick II and Regent John d’ Ibelin for control of Cyprus.

Much of Saint Hilarion was dismantled by the Venetians in the 15th century to reduce the cost of garrisons.