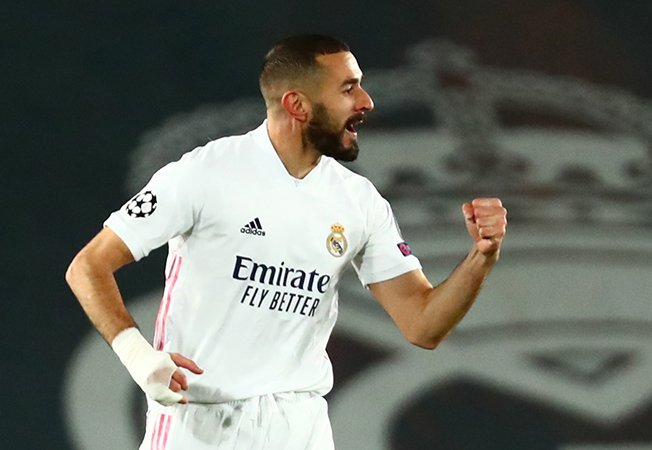 Real Madrid’s top scorer Karim Benzema is back for Sunday’s derby away to La Liga leaders Atletico Madrid, coach Zinedine Zidane said, no doubt hoping the striker can restore some attacking flair to the side, which has struggled for goals in his absence.

Benzema has been out since injuring a muscle after scoring in a 2-0 win over Valencia on Feb. 14. Real have managed only one goal per game in the three matches he has missed, failing to score in the first half each time and relying on players such as Casemiro and Ferland Mendy to score instead.

“Karim will be with us tomorrow. We all know how important he is to us – he is vital to our system of play, especially when we have the ball,” Zidane told a news conference ahead of Sunday’s game at Atletico.

“He is a joy to watch and to coach. When he arrived here there was a lot of hype about him, and more than 10 years later we can all see the player he is and how he’s improved.”

Benzema was Real’s top scorer last season as they surged to the title and has been responsible for 30% of their goals in all competitions this season while providing five assists.

Eden Hazard has still not recovered from his latest injury setback, however, while captain Sergio Ramos and right back Dani Carvajal are also out.

Zidane’s side go into the derby third in the standings and five points behind Atletico while having played one game more, but he does not think the match will be decisive in the title race.

“We are treating it like a final, like we do every game as we always want to win. But whatever happens we’re going to stay alive in the title race,” he added.

Atletico will have right back Kieran Trippier back for the first time since January after he completed a ban for violating betting rules in England, and coach Diego Simeone said his return would bring more dynamism to his side.

“He has been training this whole time and as you can imagine for a player who has trained and could not play, he is really looking forward to it,” Simeone said.

The Argentine also said the match would not determine the title race, pointing to how Real and Barcelona have pulled themselves back into contention due to his side’s poor run of form in February.