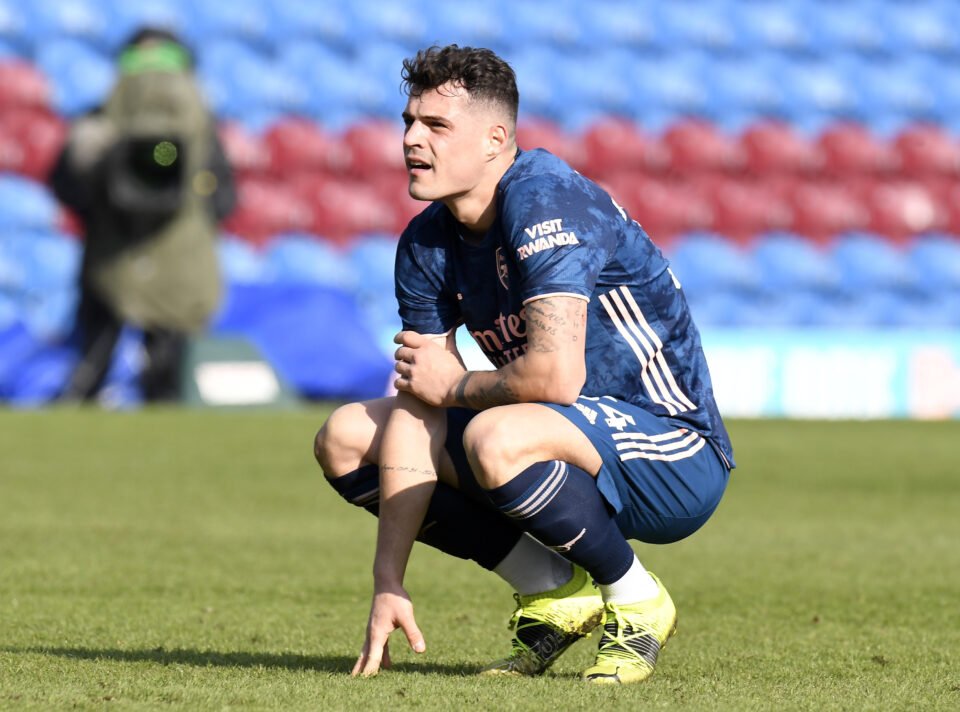 A dreadful defensive error from Arsenal‘s Granit Xhaka gifted Burnley an equaliser as the sides drew 1-1 at Turf Moor in the Premier League on Saturday.

The Gunners had taken a sixth minute lead when Willian ran at Burnley defence and fed Pierre-Emerick Aubameyang, whose low shot snuck in at the near post despite Burnley keeper Nick Pope getting a hand to the ball.

Mikel Arteta’s side looked comfortably in charge of the game until a shocking mistake six minutes before the break.

Arsenal attempted to play the ball out from the back with keeper Bernd Leno passing to Xhaka deep in the penalty area, but the Swiss international’s attempted pass to David Luiz struck Clarets striker Chris Wood and ricocheted into the net.

The North Londoners struggled to put Burnley under pressure after the interval, and an unfortunate afternoon for Arteta’s 10th-placed side concluded when Dani Ceballos’ fierce drive in stoppage time rattled against the bar.

When the sky has no limits: Jeff Bezos’ $65m private jet