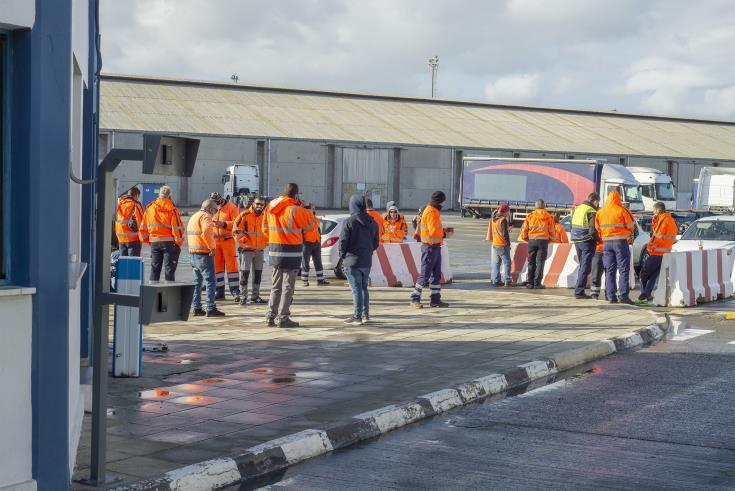 Port workers employed by DP World who began an indefinite strike on Tuesday over layoffs agreed after a labour ministry intervention to call off their action and begin a dialogue on Wednesday with the company.

DP World agreed to freeze the layoffs during the dialogue and unions called off their strike at 4pm. The company manages the general cargo and cruise terminal at Limassol port.

Early on Tuesday the workers called the impromptu stoppage after being told there would be layoffs.

They gathered outside the terminal calling on their employer to recall their decision and to go to a dialogue with them. Two cargo ships were affected.

The company informed the staff they would lay off 15 to 16 people out of the 84 workers employed there.

Sek and Peo union representatives said the company told staff last Friday it was going to lay off people without first consulting their representatives as it should according to the law.

Sek representative Yiannis Tsouris told the Cyprus News Agency that the company “has cited a reduction in turnover, and financial reasons.”

He said that the unions expected the company to withdraw the announcement of the dismissals in writing and to engage in dialogue with them.

“Otherwise, we will remain here to claim the obvious, that is, our right to consult about lost jobs,” he added.

Peo representative Christos Christofi warned that unless the company recalled its decision they would strike indefinitely.

Kontidis fourth after first day of sailing action in Tokyo