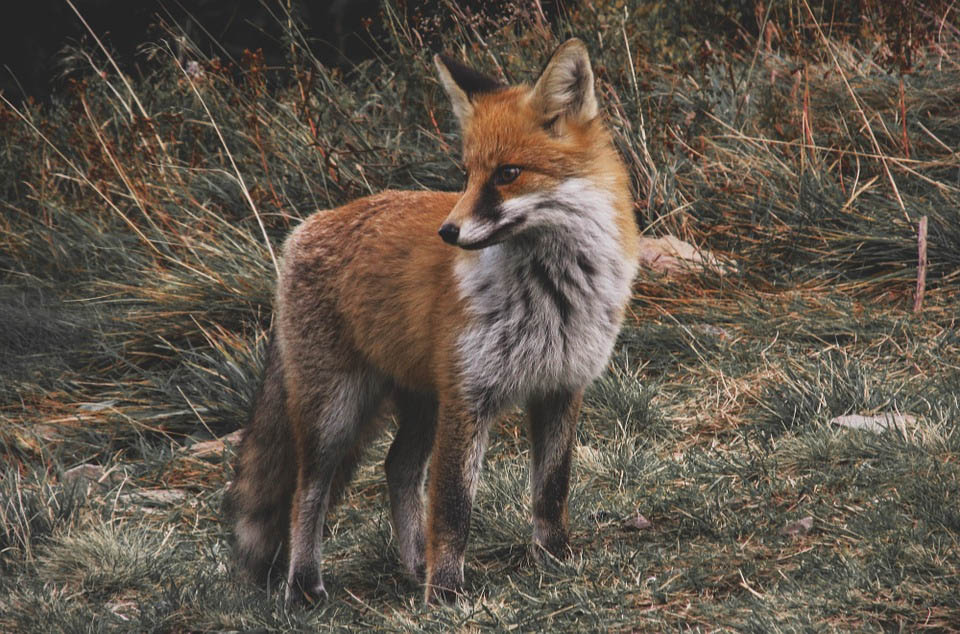 People report a relatively large amount of dead foxes on the roads, but this is not really because there are that many foxes in Cyprus

Everyday millions of animals end up as roadkill worldwide, so much so that some wild species are now actually more threatened by road collisions than by habitat loss.

The phenomenon has only recently been investigated in Cyprus, but it is in dire need of more attention as the local road network is now one of the largest in Europe compared to the size of the country.

“We know that fragmentation of habitat due to the road network is a serious problem for biodiversity. This problem is not adequately studied in Cyprus,” research officer at the Terra Cypria Foundation Savvas Zotos told the Cyprus Mail.

“Road length and extent have dramatically increased in Cyprus over the last 20 years.”

To address the lack of adequate information on road impacts on biodiversity, the Cyprus Roadkill Observation System (CyROS) was launched in 2017.

Under the new online system, anybody can report a roadkill, recording which wild fauna was killed, where and when it was found and can upload photos.

Preliminary results by the group of researchers which includes Zotos indicate that mostly hedgehogs are killed, followed by snakes.

But the researchers could do with the help of more people.

“Most of our information comes from volunteers,” Zotos said. “There are not a lot, around 60, but only less than 20 are really active.”

Which is where Erasmus+ funded research programme EnVeROS – short for Environmental Education Through Roadkill Observation Systems – comes in, in which Cyprus took part during the past two years with the aim to raise public awareness.

The project has established a platform where roadkill in several countries is recorded, and has produced educational material for teachers and pupils.

“People in Cyprus are not that sensitised, we promote the subject with presentations and hope to bring more people on board,” said Koulla Michael, director of the environmental study centre of the Terra Cypria Foundation on behalf of EnVeROS.

There are simple things kids can do to help, which they may not be not aware of, such as refraining from throwing food out of cars to avoid attracting animals, or alerting the driver to an animal moving on a road – or simply be quiet in order to help the driver concentrate.

Plus, more records of local roadkill are required to really make a difference she added, echoing Zotos.

“We need a lot of data, to fix existing problems and to find out how to design new roads. In some hotspots this may need bridges for animals to cross and in others underground tunnels, depending on the kind of animals trying to cross,” Michael explained.

“In other countries there is an economic impact as cars are hit and lives may be in danger if a car hits a big animal, and then government steps in and takes measures. In Cyprus we don’t have such issues so it is more difficult to get the government to act.”

Despite the small amount of people involved there are plenty of results from the research done by CyROS, but the problem is how to interpret them, Zotos explained.

This is due to several complications, one of which is that the results are obtained opportunistically. Hotspots identified by the volunteers do not necessarily mean there are more animals killed in such areas, but may mean they are areas which more people visit.

As well, people report a relatively large amount of dead foxes on the roads, but this is not really because there are that many foxes in Cyprus. A probable reason is that fox carcasses may remain for weeks where the animals were killed and be seen by many people, while dead lizards for example may only be around for a very short time before they are eaten by crows and other predators. The same goes for dead birds, which are food for other animals and quickly disappear from the roads.

Foxes are also relatively big and thus more easily noticed than smaller animals which are often not spotted.

All of the above contribute to the erroneous impression there is an abundance of foxes and moufflons, animals which are often considered to be a danger to livestock and damaging crops by farmers who believe their numbers need to be controlled, another reason people may not be convinced the death of these species on the roads is a big problem, the researcher pointed out.

Which animals do the volunteers care to report? Dead snakes are less likely to be deemed a problem than hedgehogs.

This is an issue for which no scientific evidence exists in Cyprus yet but which has been proven over and over in other countries. Many people are afraid of snakes and/or dislike them and run over them intentionally.

One thing the researchers in Cyprus have established: the number of deaths by wildlife fauna is not scientifically related to the type of road, such as a motorway or a secondary road.

There is, however, a correlation between the area next to some roads in Cyprus – asphalted roads in rural areas have a higher number of fatalities, presumably because people are under the impression they can see far around and drive faster, thus they do not look out for animals which may cross the road.

At least for some animals, these rural roads pose more dangers than other roads.

Take barn owls, which are often hit by vehicles. The owls fly low to hunt their prey in rural areas and are then struck by vehicles.

Barn owls may benefit from tall trees next to roads, so they are forced to fly higher. Other species may fare better where there are fences next to such roads – which don’t exist at present.

Which brings us back to the need to look for solutions and for more fact finding.

Is the government involved as is the case in other countries? No, or at least not yet.

“For now, we are just collecting evidence,” Zotos explained. “We will provide the public works department with the results. We are checking if the hotspots mean fences have collapsed or been damaged and if they are linked with other issues such as exits which are not fenced, where animals can enter. In such cases we have to see that they can exit as well.”

Sharks and rays: they’re not scary yet they’re under threat

Uber to give UK drivers workers’ rights after court defeat