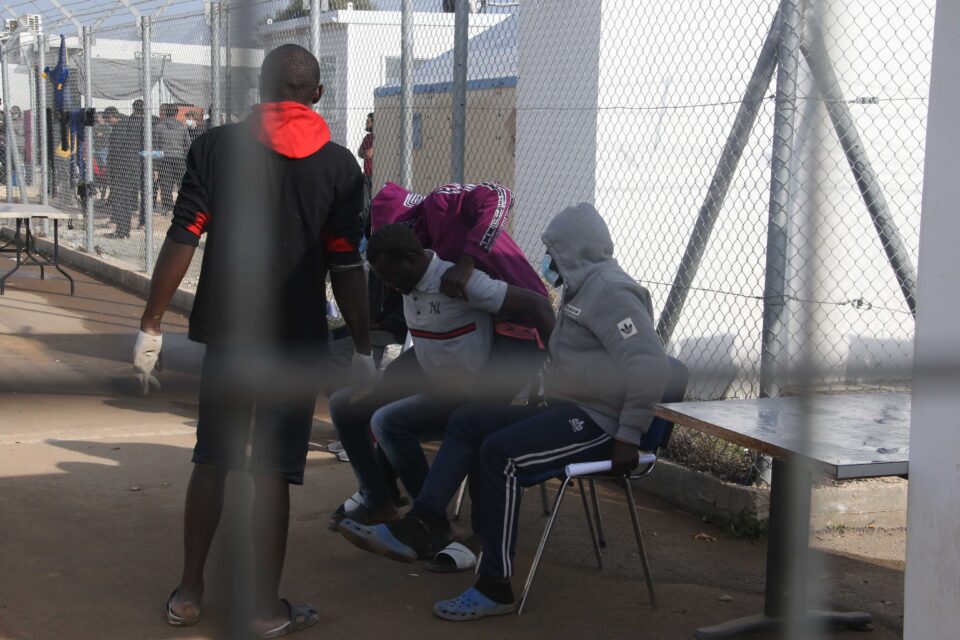 The Pournara camp in Kokkinotrimithia

The Council of Europe has called on Cyprus to justify its prevention of boats with migrants from arriving on the island, conditions at reception centres and its reasons for striking out migrants’ rights group Kisa.

In a letter to Interior Minister Nicos Nouris, sent last week but released on Thursday, Council of Europe Commissioner for Human Rights, Dunja Mijatovic, referred to “some observations and concerns related to the human rights of refugees, asylum seekers and migrants in Cyprus”.

The commissioner said she received several reports indicating that boats carrying migrants, including persons who may need international protection, have been prevented from disembarking in Cyprus, and summarily returned, “sometimes violently, without any possibility for their passengers to access the asylum procedure”.

“When persons at the border are returned without individual identification or procedure, member states cannot establish whether they may be sending them back to human rights abuses,” Mijatovic said. She added that this may lead to violations of the European Convention on Human Rights (ECHR) and the UN Refugee convention. She added that collective expulsions of migrants are prohibited under Article 4 of Protocol 4 to the ECHR “and as such, cannot be tolerated”.

The commissioner urged the Cypriot authorities to launch an independent and effective probe into allegations of push backs and of ill-treatment by members of security forces during such operations. She called for ensuring the full protection of the human rights of migrants at sea.

The letter also referred to the conditions prevailing in reception facilities for asylum seekers and migrants which, it said, “also raise a number of concerns”.

Overcrowding, lack of hygiene, and difficulties in accessing health, social and asylum services have been reported, Mijatovic said, including by Cyprus’ ombudswoman and the Commissioner for Children’s rights.

She also said that her attention has been drawn to the restrictions on freedom of movement which are applied as a preventive measure against the pandemic to the residents of migrant reception facilities.

Mijatovic urged the Cypriot authorities to bring the reception conditions “in line with applicable human rights standards and ensure that asylum seekers and migrants enjoy effective access to all necessary services”.

She also said that detention of children, whether unaccompanied or with their families, is never in their best interest, they should be released immediately.

Mijatovic also referred to the suspension of the activities of NGOs currently operating in Cyprus that support asylum seekers and migrants.

“I understand that several of them have suspended their activities within the reception centres for security reasons, whereas others, including lawyers, have no access to these facilities.”

She also referred to the deregistration of several non-governmental organisations (NGOs) migrant support groups, including Kisa, which had reportedly failed to comply with several formal requirements within the applicable time limits, and to the initiation of the procedure for their dissolution.

It is difficult to reconcile the requirement of proportionality and necessity with measures that deregister and dissolve NGOs because of their failure to comply with formal requirements, especially when the NGO at stake complies with such requirements with a delay, as is reportedly the case of Kisa, Mijatovic said.

In his response, Interior Minister Nouris offered reasons for his ministry’s procedures on all three fronts.

On the issue of the readmission of boat arrivals from Lebanon, Nouris cites the challenges Cyprus is facing concerning arrivals of irregular migrants reiterating that the number of asylum seekers and holders of protection accounted for 4 per cent of the population.

He said that during the first eight days of September 2020, Cyprus was facing a new trend regarding irregular arrivals of migrants. He added that 10 vessels with 347 irregular migrants departed from Lebanon for Cyprus and that it was rapidly decided to initiate negotiations with Lebanon and was agreed that six of the vessels carrying Lebanese nationals should be returned.

Nouris said Cyprus prevented the irregular entry of Lebanese migrants who did not request international protection and managed to return them safely to the country.

“It is worth mentioning that during 2020, a total of 682 Syrian and Lebanese migrants arrived irregularly on the island or were detected at the sea borders attempting to disembark irregularly.” He added that 472 migrants landed on the island, 400 of whom were Syrian nationals and 72 Lebanese. He also said that 210 Lebanese nationals who had been detected at the sea borders, returned to Lebanon since they stated that their destination was not Cyprus but Italy.

“Cyprus authorities are aware and respect the provisions of the EU acquis, which were taken into consideration during the negotiations leading to the relevant Readmission Agreement between Cyprus and Lebanon,” Nouris said.

On the reception centres, the minister said the normal procedures have been adjusted in order to meet the needs arising from the unprecedented situation caused by the second wave of the Covid-19 pandemic.

He pointed out that exit from the two reception centres in Pournara and Kofinou was prohibited during the existence of similar measures for the whole population and that during that period, children residing at the Kofinou centre could attend their classes virtually. EASO and UNHCR staff continued to provide their services and support throughout this period, he added.

He also said that since March 3, exit from Pournara and Kofinou is allowed for all residents if they undergo a negative rapid test.

Nouris also said a safe zone for vulnerable persons including unaccompanied minors (UAMs) is being constructed at ‘Pournara’ centre while social welfare officers have been posted at the centre for matters pertaining to UAMs and other vulnerable applicants.

On the deregistration of NGOs, Nouris referred to the 2017 law according to which all NGOs established and registered under the previous law were required to amend their articles of associations and prepare financial accounts and other actions by the end of December 2019. Of the 6,500 NGOs around 3,500 complied within the deadline while those who failed to do so were given an extension until October 2020. Around 2,200 NGOs, the vast majority inactive, did not comply but among them were active ones and lost their legal ability to operate.

He said that around 60 appeals were lodged, and the General Registrar has annulled the decision for 23 cases while there is only one case pending at the Supreme Court.

Nouris said that the new law introduces elements of transparency and accountability for the operations of NGOs in compliance both to Financial Action Task Force (FATF) guidelines for protecting NGOs for financing terrorism abuse and with EU fifth directive for the prevention and supervision of money laundering.

Household hacks: how to hang a mirror perfectly, every time