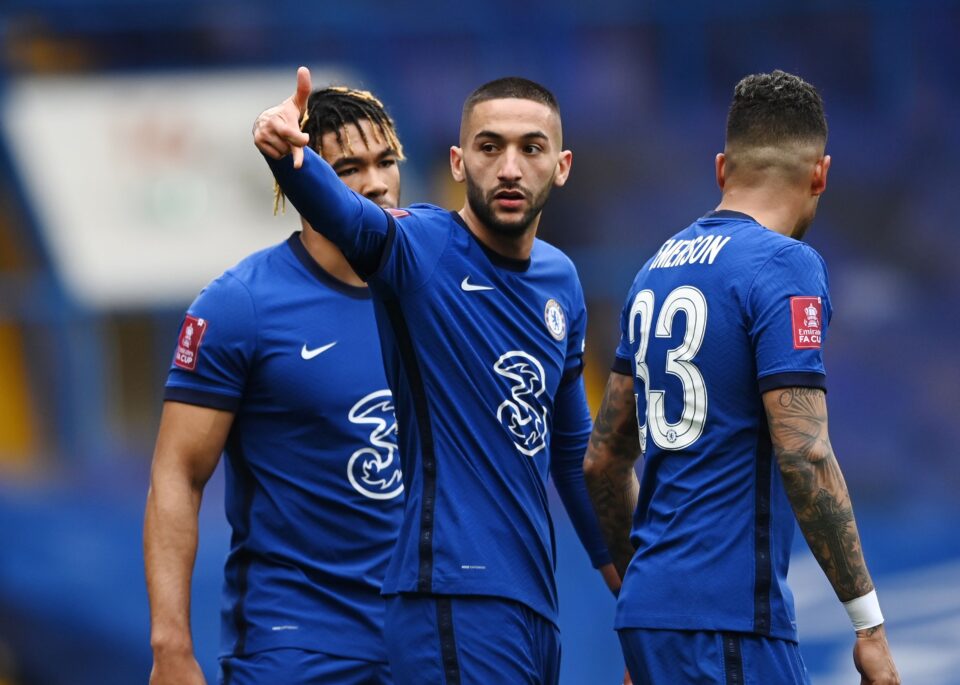 Chelsea beat Sheffield United 2-0 on Sunday thanks to an own goal by Oliver Norwood and winger Hakim Ziyech’s late strike to reach the FA Cup semi-finals for the fourth time in five seasons.

The victory at Stamford Bridge extended Chelsea manager Thomas Tuchel’s unbeaten start in London with the German winning 10 matches and drawing four in all competitions since replacing Frank Lampard in January.

Sheffield United, bottom of the Premier League, showed early attacking intent but fell behind in the 24th minute when Norwood steered the ball into his own net as he attempted to block Ben Chilwell’s shot.

With the Blades throwing men forward in the dying seconds, Ziyech produced a fine finish after a quick counter-attack to seal Chelsea’s win in added time.

Chelsea could have had a second through Christian Pulisic, but the American forward lost his footing and his shot was blocked by Aaron Ramsdale.

Sheffield United were rejuvenated after the break but lacked the killer instinct in front of goal and squandered a couple of clear chances.

Tuchel’s side will discover who they face in the last four when the draw is made at halftime of the quarter-final between Leicester City and Manchester United later on Sunday. The semi-finals take place next month with the final on May 15.