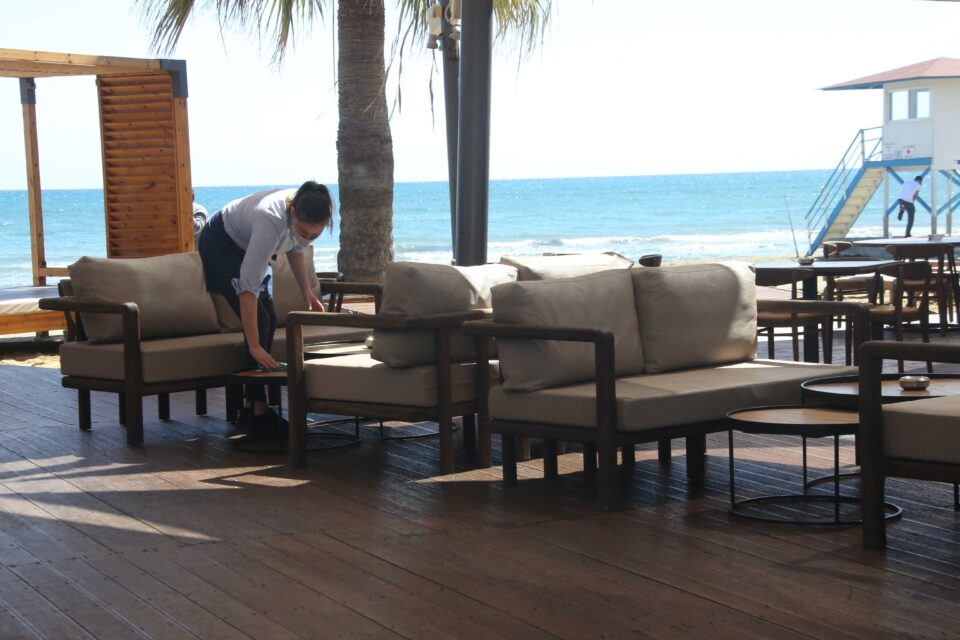 Larnaca restaurant owners are lobbying for more state assistance to help them through the pandemic, particularly to cover rents.

District secretary for Larnaca of Pasika, the pancyprian association of owners of recreation centres Tony Konnaris told the Cyprus News Agency that a number of establishments have opened since March 16, when a decree allowing outdoor service came into effect.

“We hope that by the end of the month, the government will allow establishments to open indoors as well, given that the malls, the supermarkets, the bakeries, the green grocers and all the other shops operate indoors,” he said.

Konnaris said the association wanted the government to provide more support as their sector was the most badly affected from the pandemic. “All the establishments employ about 50,000 people, while another 50,000 people work for companies which supply them with various products,” he added.

Employees in the restaurant sector have been receiving only 60 per cent of their salaries. This has had a knock-on effect including delays in loan repayments. Konnaris said Pasika was insisting on a freeze on foreclosures and evictions because the closure of restaurants was the result of a government decree and not by choice.

“Owners of premises, at the first opportunity send letters through lawyers for evictions. We have asked the state to support businessmen with rents,” he said dismissing the government’s response that it cannot intervene in personal agreements between the two sides as ‘excuses’.

Cafés and restaurants on the Phinikoudes promenade have outdoor areas and have opened, but others were unable to do so.

“We are pressing authorities to immediately allow the opening of indoor areas, even with stricter measures. We want to regain our constitutional right to access to our workplace and to make our businesses viable,” he said.

However president of Osika, the federation of owners of recreation centres Neophytos Thrasyvoulou painted a slightly more optimistic picture, saying good weather over the weekend had generated business, especially among the younger clientele.

But he that businesses in the Famagusta area and in Paphos are more dependent on tourism, and therefore at a disadvantage.

And he urged epidemiologists to reconsider allowing local residents to stay at hotels in more remote tourist areas so as to increase the number of visitors, at least over the weekends, given that there are currently incentive schemes for special rates for local stays by the deputy ministry of tourism but these cannot be taken up because of the ban.