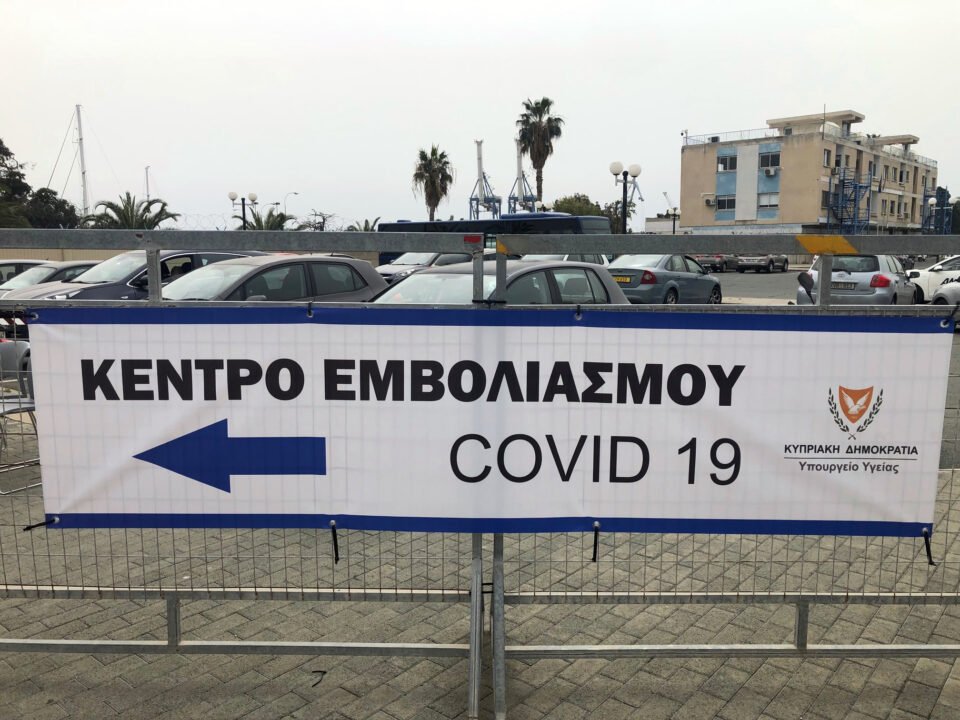 Vulnerable groups and everyone aged 45 and over should receive their first dose of the Covid-19 vaccine by the first week of May, the health ministry announced on Monday.

A total of 131,623 coronavirus vaccinations had been administered in Cyprus as of Sunday, the ministry said as it announced a significant increase in coverage in the next few weeks with scheduled deliveries of some 270,000 vaccines by the end of April.

The ministry said 37,109 individuals have received both their jabs while 1,714 people classified as vulnerable on health grounds have received the first dose as have 225 bedridden individuals who are vaccinated by mobile units who visit them at home.

Unveiling an updated delivery schedule, the health ministry said there would be surge in vaccinations by the first week of May.

Despite the reduction in AstraZeneca shipments throughout the EU, Cyprus expects to take delivery of 270,000 doses of the four licensed vaccines, bringing total deliveries since vaccine shipments first started in late December to 440,000.

“The health ministry remains committed to the implementation of the national vaccination plan against Covid-19, depending on vaccine availability. Recognising the vaccination is the most basic weapon to deal with the health crisis, all citizens are urged to continue to support this national effort, opting to be vaccinated as the means to save lives,” the ministry said in its statements.

This will allow a safe return to normality, it added.

Vaccination slots have been opening up according to age – currently it is the turn of those aged 66 and over. The ministry has also prioritised health professionals and is currently focusing attention on completing the vaccination of vulnerable groups.

Acting head of health services Olga Kalakouta told CyBC earlier on Monday that arrangements were being made to offer them a choice of vaccine, provided this does not entail a delay in their vaccination.

To date, vulnerable groups have been contacted direct and assigned appointments. Because these appointments are not booked through the portal, they do not get to choose the vaccination centre – and by extension the vaccine – that will be administered.

The patients have argued that they too should have the same rights as the general population.

Kalakouta said all vaccines are safe and effective, and so far, no medical reasons have been established to justify administering a specific one. But she said that ‘technical’ issues were being addressed to make it possible for vulnerable groups to choose.

She added that there has been a week delay in the delivery of 35,000 AstraZeneca vaccines that were initially due on March 29. There was a small delay also in Moderna deliveries, with 4,000 expected today. On average, Cyprus also takes delivery of about 10,000 Pfizer vaccines a week.

Meanwhile, the vaccination portal has opened exclusively for those whose AstraZeneca jab was postponed when Cyprus paused the use of the vaccine for three days last week pending a review from the European Medicines Agency. This was issued on Thursday and vaccinations resumed on Friday, with about 90 per cent of those scheduled to be vaccinated showing up.

The vaccination portal will operate today and tomorrow only for the rescheduling of appointments.

Moreover, as from today the vaccination centre that was operating at the Pasydy building in Larnaca has been moved to the arrivals’ terminal at Larnaca port where up to 11 vaccination spots can operate at the same time.

“Given that vaccination of the population without delay will allow our country to return to normality the soonest possible, all citizens are urged to support this national effort,” the health ministry said.