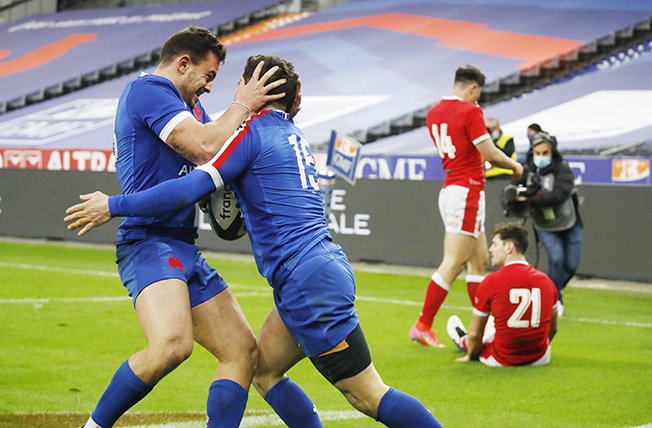 France’s thrilling last-gasp 32-30 victory over Wales on Saturday was hailed as one of the greatest ever Six Nations games by a number of former internationals.

The Welsh were on the brink of their second Six Nations Grand Slam in three years as they led by 10 points against 14-man France with 10 minutes to go.

But they had two players sin-binned and were pegged back by a Charles Ollivon try before Brice Dulin crossed the line in stoppage time to secure an astonishing win for France.

“That’s the fastest my heart has ever beaten, those last 10 minutes, have you ever seen a finish like that,” former Wales centre Jamie Roberts, who helped them secure back-to-back Championships in 2012 and 2013, told the BBC.

“That’s one of the greatest Six Nations games I’ve ever witnessed, and I think the majority of people watching will ever witness.

“It had everything, tries from the off…disallowed tries, cards…and that finish, we’ve never seen that.”

“What a game,” he said. “France were sky-blue shadows of their recent selves for so much of this phenomenal contest. Yet they found a way.

“It’s almost as if France, a notoriously emotional rugby nation, needed a player to be sent off to ignite their inner fire…Only Les Bleus could win a match like that, and they did.”

“I have been in that scenario far too many times, when the Grand Slam has been on the line and England have lost,” the World Cup winner wrote in his column for the BBC. “There are going to be some sleepless nights.

“In years to come, that Welsh side will have flashbacks to coughing up the ball on 80 minutes and letting France have one last opportunity.”

Coronavirus: Vaccinations for all those over 45 by first week of May (Updated)