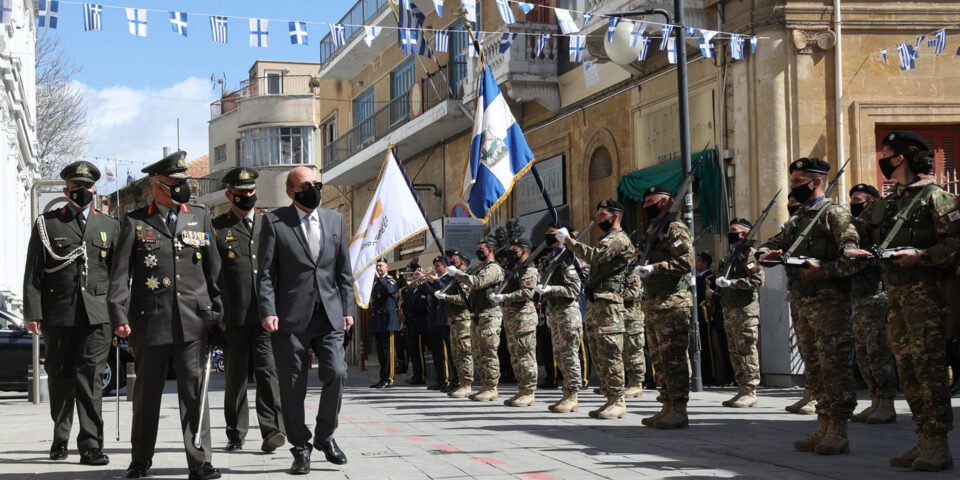 Foreign Minister, Nikos Christodoulides, has said that April 27, when an informal conference on Cyprus begins in Geneva, constitutes a crucial milestone for the Cyprus problem and EU-Turkey relations, as Turkey`s behaviour will be evident in practice.

Christodoulides represented the government on Thursday at a service in Panayia Chrysolofitisssa church, in Lofou village as part of events to mark 200 years since Greece’s independence.

Acting President and House Speaker Adamos Adamou attended the main church service at Phaneromeni in Nicosia. Speaking afterwards, he stressed the need to intensify efforts for a just and viable solution to the Cyprus problem, based on UN resolutions and EU principles.

Adamou said that a Cyprus settlement must secure the human rights and basic freedoms of all the legal inhabitants of Cyprus, Greek Cypriots, Turkish Cypriots, Armenians, Maronites and Latins. The main service was officiated by Archbishop Chrysostomos and attended by several ministers but some ministers attended church services in other areas.

Back in Lofou, in statements to the media after the service there, Christodoulou noted the need for a collective approach and unity on the domestic front, in view of efforts for the resumption of Cyprus talks.
Christodoulides stressed that what mattered was to create the conditions to terminate the occupation of Cyprus and to reunite the country, on the basis of UN resolutions and EU principles and values.

Replying to a question he recalled the EU High Representative Josep Borrell`s report, noting that it “highlights the Cyprus problem as the most decisive factor for someone who wants the improvement of EU-Turkey relations.”

This is crystal clear in the report, the foreign minister stressed, noting that all this will be discussed later on Thursday by the EU member states leaders “and what we ask is for the joint statement of the 27 to reflect this.”

“We have a crucial appointment at the end of April which I consider, just as the EU and Borrell himself considers and has stated in public, that it will be a first milestone as regards Turkey`s behaviour,” he added.

Christodoulides went on to say that depending on Turkey`s behaviour “we are ready to look into all the issues related to a positive approach towards EU-Turkey relations.” He reiterated that this first milestone was important “especially for the Cyprus problem, which is the one that mostly affects EU-Turkey relations, to see in practice Turkey`s substantive contribution towards a Cyprus settlement, on the basis of the agreed solution framework.”

Replying to another question, Christodoulides said that the presence of the EU at the negotiations on Cyprus would be important.

“This will have an added value for all the people of Cyprus, Greek Cypriots and Turkish Cypriots, not just for the Greek Cypriots,” Christodoulides said.