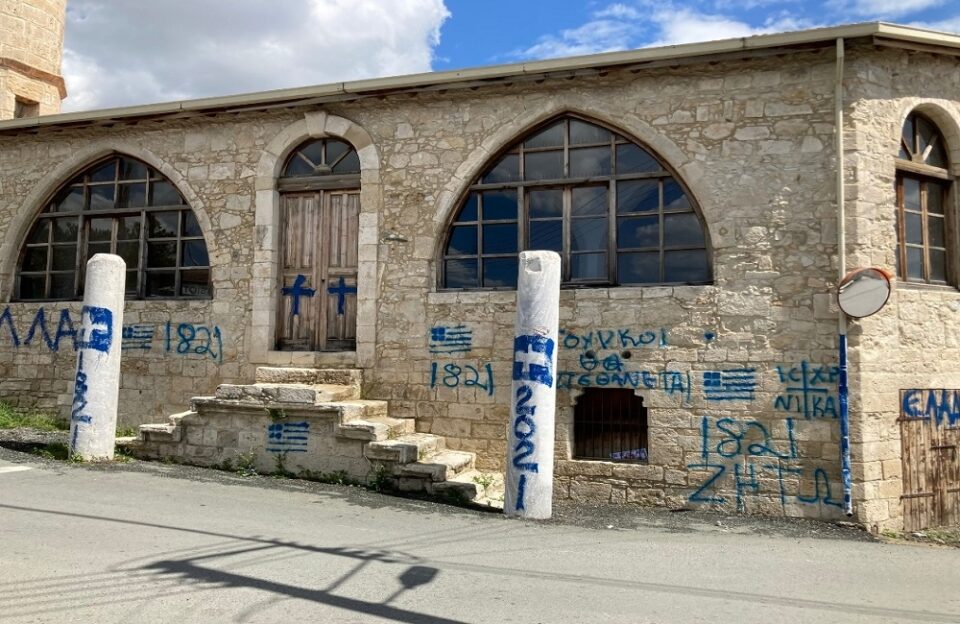 The government on Thursday strongly condemned the actions of “some brainless people” who smeared the mosque in Episkopi with ‘patriotic’ graffiti referring to the 1821 revolution, and drawings of Greek flags.

Spokesman Kyriacos Koushos, in a written statement condemned the action of “the brainless people who under the pretext of so-called patriotism, insult religious places of worship, but also the very meaning of patriotism as taught to us by our glorious heroes, who were all about honour and ideals and not destruction”.

“Malicious actions, such as these, do not in any way contribute to the creation of the right climate that we seek in our effort to find a solution to the Cyprus problem and the reunification of our homeland,” he added.

“The government will not show any tolerance at all for such delinquent behaviours that in essence affect the country itself, but also genuinely patriotic spirit that distinguishes and has always distinguished Cypriot Hellenism.”

Earlier, the mayor of the village, Lefkios Prodromou, told Politis Radio this was the third time that such an incident had occurred at the same mosque.

“It is sad that this is happening by brainless people who only manage to expose Cyprus abroad. This action is reprehensible,” he said. “These actions are carried out at night by hooded men.”

He said the damage would be repaired first thing on Friday.