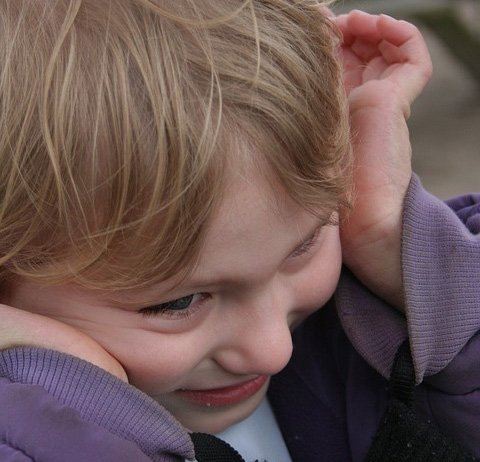 Autism can cause significant social, communication and behavioural challenges

With World Autism Awareness Week in Schools underway from Monday, autism specialists have highlighted the shortcomings of an educational system that all too often fails children with the condition.

Autistic children are three times more likely to be excluded from mainstream school and more than 80 per cent of autistic young people have experienced mental health issues, according to Angela Winstanley, a specialist consultant in autism, living in Cyprus.

“Part of my role as an autism consultant and trainer is to deliver training to educators across the EU. This is an EU-funded scheme, and includes flights, tuition, accommodation and food. Although I have delivered to many participants from every country in EU, in the five years I have been involved, I have only ever had one teacher from Cyprus attending,” Winstanley told the Cyprus Mail.

There is some provision for autism and education facilities available in Cyprus which include special schools and support in mainstream schools, she said. But although Winstanley has experienced a few excellent examples of autism education provision and inclusion in Cyprus, the good practice does not seem to permeate across the education system.

“We should look above the actual providers to find the reasons these young people are so let down.”

There is a marked increase in younger children being diagnosed with learning disabilities that would intellectually be able to access mainstream education, however they are disabled by the impact of their autism, she said.

“Our son was diagnosed with Aspergers/autism 10 years ago both privately and through the public health system. Now he is in his late teens and we are still struggling to find help for him and worry what the future will hold,” a parent told the Cyprus Mail.

Academically the family had little choice, so had to put their son into a private school with his own teaching assistant for his primary school years due to a ‘’lack of resources’’ and a lack of qualified, trained special needs teachers, in particular autism, the parent said.

However he had to be placed in a state school for secondary education where he faced a new set of challenges.

“The absence of trained, experienced assistants within the units combined with the chaotic environment of children and teens with different physical and mental disadvantages and needs caused excessive stress to our son. He has refused to return to school for the past two years.”

The family feel that their son has missed out both academically and socially, and had he been in another European country, he would have attended an autism specific school, learning social and life skills and preparation for work and independent living.

Due to the lack of trained, qualified professionals in this area and a proper support system from the state, the family said they are again faced with dealing with this situation alone, knowing their son may never be able to have a job and live independently, which as they get older becomes increasingly worrying.

“All of this has impacted our son’s (and our) mental health leading to depression and severe anxiety. The whole family, including his sibling has been affected.”

The government does practice inclusion in schools, and these children could be given a place in state schools, however, how they flourish in that environment is another matter, said Winstanley.

Autism spectrum disorder (ASD) is a developmental disability that can cause significant social, communication and behavioural challenges. People with ASD may communicate, interact, behave, and learn in ways that are different from most other people. Their learning, thinking, and problem-solving abilities  can range from gifted to severely challenged. Some people with ASD need a lot of help in their daily lives; others need less.

World Autism Awareness Week in schools runs from March 29 to April 4 and in Cyprus the aim is to highlight education provision for students with autism spectrum conditions.

The focus is on access to schools for children and young people which will meet their needs and address their specific difficulties within the education system.

With the correct guidance and support throughout students’ education, many with autism spectrum conditions can thrive and achieve and take up a meaningful and productive place in society, said Winstanley.

However, if they are left to ‘drift’ students are more likely to see poor educational attainment, experience problems with anxiety and depression and experience low self-esteem. They may also experience challenges in coping with adult life and fitting into society.

People with ASD often have problems with social, emotional and communication skills. They might repeat certain behaviours and might not want change in their daily activities. Many people with ASD also have different ways of learning, paying attention or reacting to things. Signs begin during early childhood and typically last throughout a person’s life.

Although some state schools have special needs units on campus where students can access mainstream lessons along with support, they don’t meet autism needs, as the range needs of students placed in these units is so broad that staff struggle to have the knowledge or skill to respond to all, said Winstanley.

“Generally, mainstream teachers have little or no special training during their studies. Classroom assistants will carry out much of the one-on-one support, and they also have little or no knowledge or information about the very complex condition of autism.”

The impact on families can be enormous. A child exhibiting autism led behaviours at home, sometimes all day and night, can lead families to become isolated, unable to work due to the demands and needs of their child and sometime with no break if the child is unable to attend school.

“I know of at least one situation where a teenage student is sent home from school when he experiences anxiety led behaviour because staff don’t know how to manage it – which leaves his mother unable to leave the area in case she gets a phone call,” Winstanley said. “This is unacceptable, and such scenarios will inevitably lead to greater mental health issues for both the parents and the child. “

Cyprus needs checks and balances in place to support students and a comprehensive mapping exercise to identifying children and young people with special needs. This would discover key information, such as, as their IQ level, if they attend or need mainstream or special schools etc, so that strategic planning is well advised, Winstanley advised.

“This would also be a means to introducing groups of parents and students to one another in order to form networks of mutual support. “

Many official buildings will be lit up blue for autism awareness in Cyprus next week and many will wear blue to support the cause.