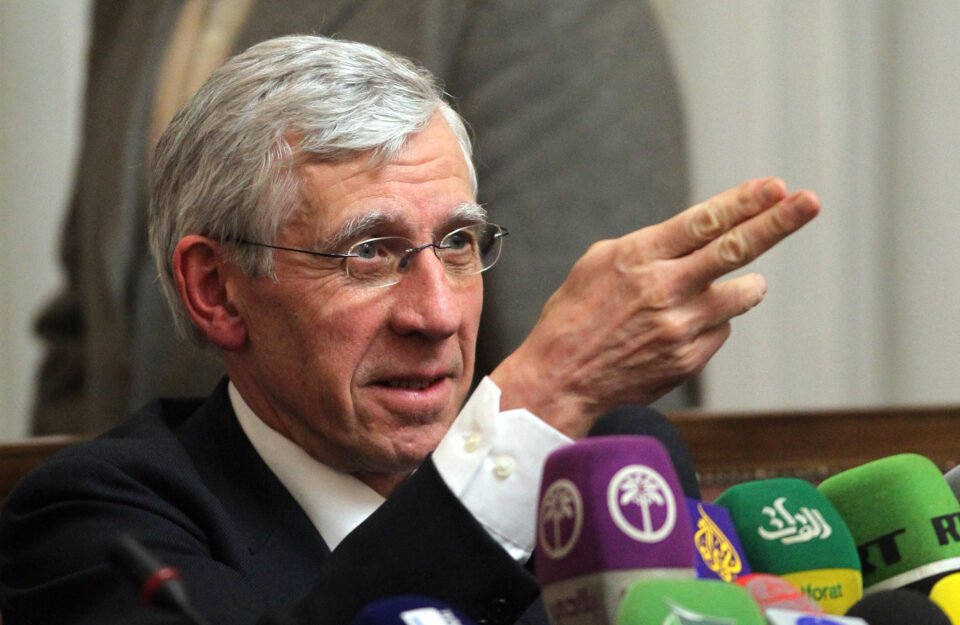 But Turkey’s tightrope diplomacy may have its uses

Love or loathe them, you have to hand it to the Turks when it comes to tightrope diplomacy. They authorised sanctions against China by Nato on Wednesday last week and then did a 100 million vaccine deal with the Chinese foreign minister on the Thursday. They are also thinking about signing an extradition treaty with China to return ethnic Turkic Uighurs who escaped to Turkey back to China – the Uighur flag is the Turkish flag in sky blue, that’s how close they are to Turkey.

The question for Cyprus is what kind of tightrope diplomacy are the Turks engaged in with the EU in the 5+1 talks in Geneva in April?

Ergun Olgun, Turkish Cypriot leader Ersin Tatar’s special representative to the 5+1 talks, told the third webinar on ‘What is the future for Cyprus’ organised by the UK-based Council of Turkish Cypriot Associations that the Turkish side will press for a two-state solution. He was not very optimistic about the outcome and predicted the talks would probably be paused for a month for reflection.

My take is that the UN secretary-general has already given enough time for reflection so he will bite the bullet and tell the Cypriots it is now or never.

Jack Straw, who was Tony Blair’s foreign secretary when Cyprus joined the EU in 2004, was also a contributor to the webinar among others and the discussion ventured far and wide. A number of strands, however, emerged: Ergun Olgun said that for Turkish Cypriots a federation is no longer desirable as the Greek side will not agree to share power because they consider the whole island “Hellenic”; the Turkish side was therefore driven to embrace a two-state solution and the question was how such an outcome could be achieved.

I don’t buy this argument for the simple reason that a Turkish Cypriot constituent state in a federal Cyprus and minority status are logically contradictory. I also believe that a two-state solution would accentuate rather than eliminate the feeling of some Greek Cypriots that the whole island of Cyprus is Greek and exacerbate Greco-Turkish relations.

Jack Straw said that the UK could not support a two-state solution because her military bases in Cyprus are situated in RoC, though he personally supports it. He agreed that the EU was not impartial as the RoC and Greece are member states. He said that in 2004, he and the enlargement commissioner did think of blocking Cyprus’ entry as a divided island, but it was not possible.

On being asked about the mood among Turkish Cypriots Ergun Olgun dissembled: they no longer believed in a federal solution he said. However, from what I hear and read, admittedly from my armchair in London, the Turkish Cypriot community is split down the middle.

In the ‘TRNC presidential’ elections last year Ersin Tatar, the two-state candidate, received 51.74 per cent of the popular vote against 48.26 per cent for the pro federation candidate, Mustafa Akinci, whose support was mainly from Turkish Cypriots who are also citizens of the EU by virtue of their citizenship of RoC. Mass deprivation of RoC and EU citizenship that would follow a two-state solution is very serious and should only be done after a referendum.

Ergun Olgun also told the webinar that the ‘TRNC’ satisfied all the criteria of statehood and that the 1983 UDI was impliedly adjudged lawful by the International Court of Justice in the Kosovo case. Actually there is a passing reference to the ‘TRNC’ in that case at paragraph 81 of the ICJ Advisory Opinion where the court said that the problem with the ‘TRNC’ UDI was that its territory was acquired in breach of international law. Paraphrasing from the Advisory Opinion the ICJ reasoned that the illegality in the ‘TRNC’ UDI among others stems not from the unilateral character of the ‘TRNC’s’ action, but from the unlawful use of force or other egregious violations of general international law of a peremptory character.

At present there are two Greek states in the EU, which the Greek side is seemingly prepared to dilute by letting Turkish Cypriots participate in its corridors of power in a federal solution to the Cyprob.

Having two Greek states in the EU is an important advantage in the biggest and richest union of independent states in the world. Greece and RoC as members of the EU have a global reach beyond what they would have had had they united – an unintended consequence of events.

Greece and Cyprus give douze points to one another in the Eurovision Song Contest irrespective of the merits of their entries, and usually do the same in the councils of the EU.

The only clink in that armour is that the EU’s intention was that RoC was supposed to join the EU as a federal state taking in the Turkish Cypriots in northern Cyprus as a constituent state, which was scotched when the Greek Cypriots voted overwhelmingly to reject the federal state contrary to the EU’s wishes.

It is true that lot of water has flowed under the bridge since then, but there is no reason for Turkish Cypriots to get angry and emotional about the EU’s support for RoC or to insist on two states, which the EU cannot support. Take a leaf out of Turkey’s tightrope diplomacy with China and welcome the EU’s involvement in the 5+1 conference in April as it may be the only significant leverage on President Anastasiades.

Our View: Changing a phrase in EU texts on Turkey is no victory