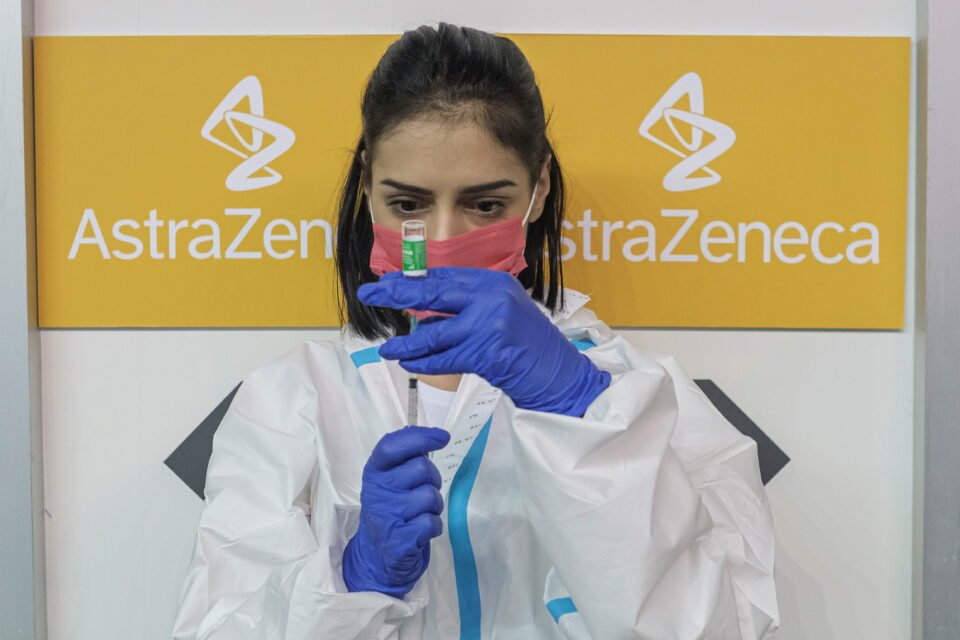 Germany’s vaccine regulator said on Tuesday it has recorded 31 cases of a rare blood clot in the brain, nine of which resulted in deaths, after people received a COVID-19 vaccine from AstraZeneca.

The Paul Ehrlich Institute (PEI) said it has now registered 31 cases of clots in the cerebral veins – known as sinus vein thrombosis, or CSVT – and that in 19 of these there was a deficiency of blood platelets or thrombocytepenia.

In nine cases, the affected people died. With the exception of two cases, all reports concerned women between the ages of 20 and 63. The two men were 36 and 57 years old.

Berlin‘s state hospital groups Charite and Vivantes announced that they have stopped giving women under the age of 55 shots of AstraZeneca’s COVID-19 vaccine, spokeswomen for the hospitals said on Tuesday.

The moves follow reports of rare but serious blood clots, bleeding and in some cases death after vaccination, mainly in young women.

“From the Charité’s point of view, this step is necessary because in the meantime further cerebral venous thromboses have become known in women in Germany,” a spokeswoman said in an emailed statement.

Charite said the action was precautionary while they waited for final assessments. No complications have occurred in its hospitals following vaccinations with AstraZeneca.

A spokeswoman for Vivantes clinics also said the move to pause the shot for younger women was a precautionary measure.

Some 19,000 people work at the Charite hospitals and 17,000 at Vivantes, which operates clinics as well as care homes.

Tagesspiegel, which first reported the decision, said that around two thirds of staff at Charite have been vaccinated so far, and 70% of those workers have received one shot of the AstraZeneca vaccine.

Canadian health officials also said they would stop offering AstraZeneca‘s COVID-19 vaccine to people aged under 55 and require a new analysis of the shot’s benefits and risks based on age and gender.

The moves follow reports from Europe of rare but serious blood clots, bleeding and in some cases death after vaccination, mainly in young women. No such cases have been reported in Canada, with about 307,000 AstraZeneca doses administered.

“We are pausing the use of AstraZeneca vaccine to adults under 55 years of age pending further risk benefit analysis,” Canada’s deputy chief public health officer Howard Njoo said at a media briefing.

The National Advisory Council of Immunization (NACI), an independent expert panel, said the rate that the clotting complication happens at is not yet clear. So far, 40% of people who have developed it have died, but that may fall as more cases are identified and treated early, it said.

“From what is known at this time, there is substantial uncertainty about the benefit of providing AstraZeneca COVID-19 vaccine to adults under 55 years of age,” the council in a written recommendation.

AstraZeneca said in a statement it respected NACI’s decision and that it was working closely with Health Canada’s assessment. The British drugmaker also reiterated that authorities in Britain, the European Union as well as the World Health Organization have found the product’s benefits to significantly outweigh the risks across all adult age groups.

Njoo later noted that Canada was taking this “prudent” approach because alternative vaccines are available. Most of Canada’s supply so far has come from Pfizer Inc and Moderna Inc.

Older people face a greater risk of hospitalization and death from COVID-19, and the complication seems to be more rare in that age group, NACI said, so they can be offered the vaccine “with informed consent.”

Health Canada said in a statement it would add new terms and conditions to the vaccine’s authorizations, including “a requirement that the manufacturers conduct a detailed assessment of the benefits and risks of the vaccine by age and sex in the Canadian context.”

Health Canada said it had been in talks with AstraZeneca, and once it has the requested information, it “will determine if additional regulatory actions are necessary.”

It was not immediately clear how long the assessment might take.

The pause affects both versions of the vaccine approved in Canada: One granted to AstraZeneca Canada, and a second for the Serum Institute of India (SII) – which is manufacturing its own version of the vaccine under license – and its Canadian partner Verity Pharmaceuticals.

Nearly all countries have since resumed use of the AstraZeneca vaccine. But France and Berlin broke with guidance from the European medical regulator and said  it should only be given to people aged 55 or older. France said the decision was based on evidence that the clotting affected younger people.