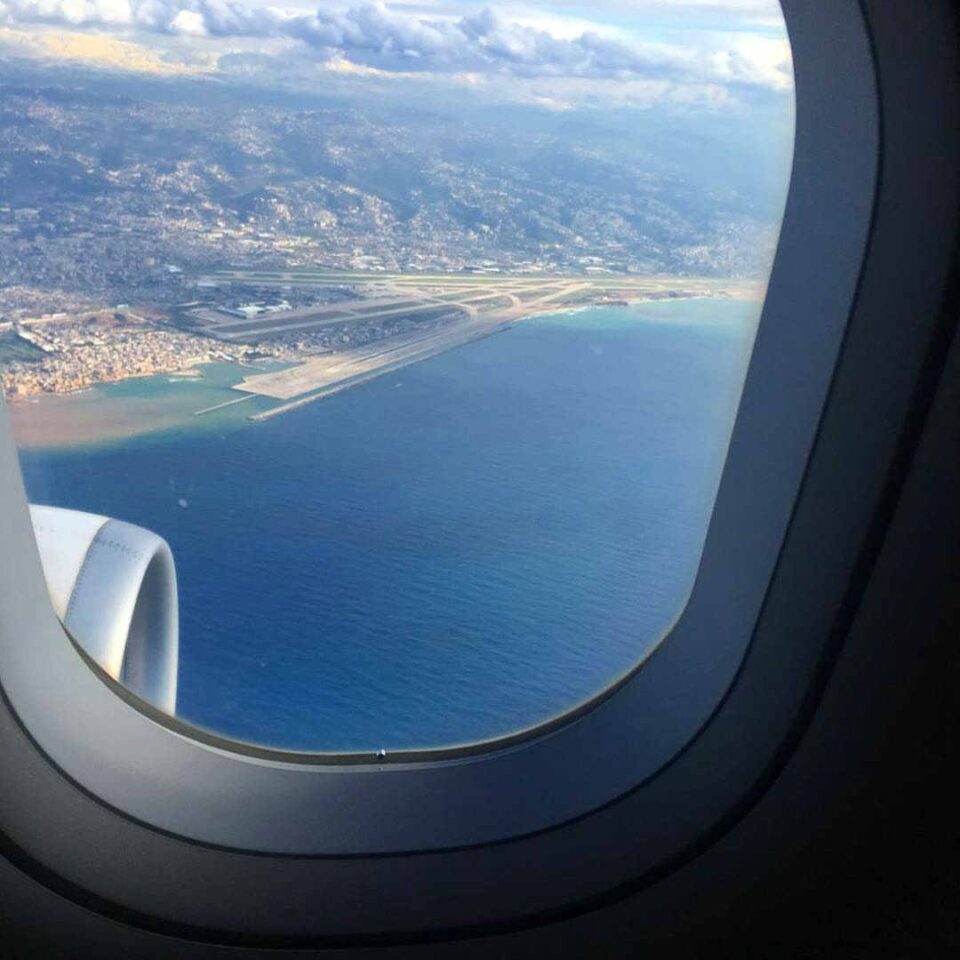 Many Lebanese are taking the plane from Beirut airport to Cyprus.

The Lebanese are queuing up to visit Cyprus, even though many can barely afford it.

As of April 1, Cyprus will place Lebanon in the “Red” category of the international system for arrivals. The news, disseminated first in a press release from Lebanon’s national carrier Middle East Airlines on March 25, made a sensation in Lebanon, and has been all over social media in the country ever since..

Even with the Lebanese economy in desperate straits, travel agencies are being deluged with calls to buy tickets for “the island” as Cyprus is known.

Beirut resident Joseph says that Cyprus will be a must in June, even though it is “at the limit of affordable”.  ” I have been saving every penny for that stay in Ayia Napa on the beach and then some nice Mexican food at Los bandidos,” he insists.

“Ever since corona got a hold of the world I have lost my vacations. This year I will get to Cyprus no matter what,” he adds.

Middle East Airlines is gearing up for the rush to Cyprus, and will have flights to Larnaca every Thursday and Sunday starting on April 1. This will increase to three flights per week, every Tuesday, Thursday and Sunday as of May 17 to keep up with the increasing demand.

A spokesperson for the airline told the Cyprus Mail that “the decision of Cypriot authorities to open the borders to Lebanese has generated great interest. Since the news became known, we have received a lot of calls and bookings – too early to say how many, but the situation is very encouraging.”

Prior to Covid-19 and the recent economic crisis in Lebanon the flights between Lebanon and Cyprus flew at least twice daily. However, due to the current situation it seems unlikely that there will be ramp up yet.

“We will follow the demands of our customers. I believe that in early May things will be clearer. We are flexible to increase our flights starting in May as much as the demand requires,” the Middle East Airlines source pointed out.

With more than 60 per cent of the Lebanese below poverty line as per the latest official reports, and with the apocalyptic devaluing of the Lebanese pound that has lost 90 per cent of its value, a relatively small number of Lebanese can afford even to travel to Cyprus, the president of Lebanon’s travel agencies syndicate, Jean Abboud told the Cyprus Mail.

“The scarcity of hard currency is a limitation. Flights are to be paid in cash dollars, and hotels in dollars or euros.  It Is hard to get your hands on either of these two currencies in Lebanon” he adds.

However, Middle East Airlines continues to accept cheques in ‘Lollars’ (a term for dollars stuck in bank accounts at the exchange rate specified by the central bank of Lebanon of LL 3,900 to one dollar, when the real value in the black-market is at least LL 12,000). Many Lebanese are still able to use these funds to buy plane tickets to Cyprus.

Rita Younes who is the corporate division manager at the Middle Side Travel agency is already seeing healthy demand for Cyprus travel. “The numbers are by far less than in previous years, but for the current situation it is very encouraging,” she says.”

Wild Discovery, one of the “Alpha” travel agencies in Beirut has been receiving quite a number of phone calls for travelers interested in traveling to Cyprus as well, a source close to the company said.

“Most of the callers are making sure we still accept bank cheques. We expect to have a substantial number of bookings before May,” the source added.

Entering Cyprus from Lebanon, which is in the “Red Category,” means one has to perform a second Covid-19 test upon one’s entry, and one will have to personally pay the cost of this second Covid-19 laboratory test (you are required to self-isolate until you receive the results of your test).

If also the result of the second Covid-19 test, performed upon your arrival in the Republic of Cyprus, is negative, one is not obliged to remain in a state of compulsory self – isolation or quarantine.

Despite these requirements, the flock of tourists from Lebanon will certainly continue to increase right through the summer.