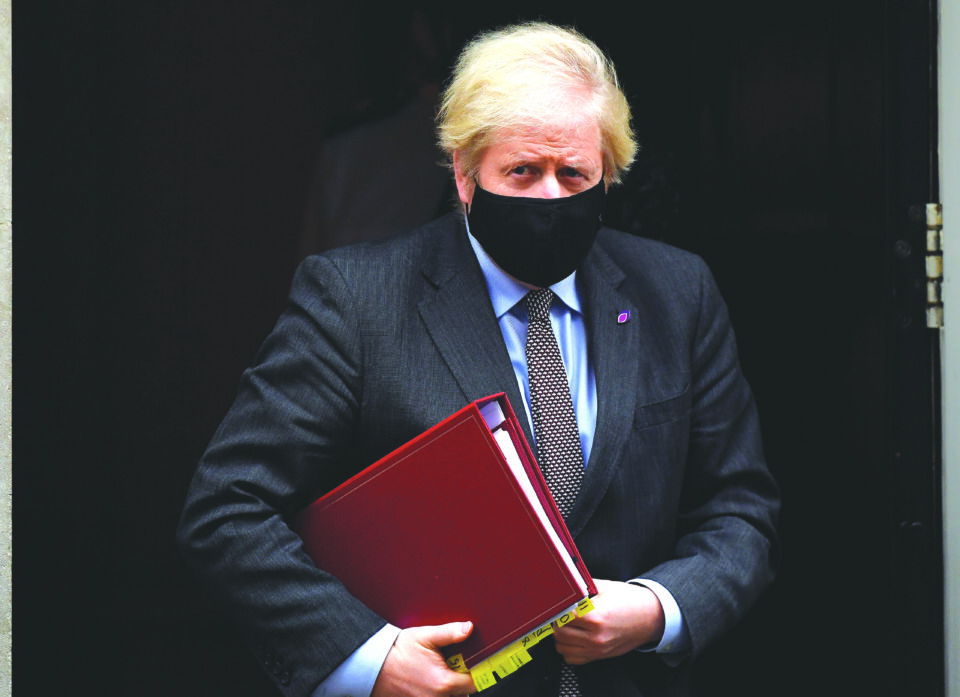 Britain hasn’t given up on resuming international travel on May 17, but needs to be cautious given rising COVID-19 infections in Europe, its prime minister said on Tuesday, amid pressure from hard-hit airlines to give the green light for foreign holidays.

British Airways (BA) and Virgin Atlantic both urged the government to help secure a swift recovery for the industry.

Prime Minister Boris Johnson now has to weigh up the uncertainty over whether vaccination campaigns can improve the situation in Europe this summer, against the weeks of notice the travel industry needs to restart.

“We have to be realistic … we can’t do it immediately,” he told reporters. “But that doesn’t mean that we’ve given up on May 17,” he said, of the country’s original reopening plan.

“We want to make things as easy as we possibly can,” he added, when asked if fast and cheap lateral flow COVID-19 tests could replace the gold-standard PCR tests for travellers.

Airlines are pinning their hopes on vaccinations and the government’s proposed “traffic light system” – tailoring rules to the risks in each country – to help revive travel.

“We see nothing in the data that suggests that we shouldn’t be opening up travel on the 17th of May,” BA CEO Sean Doyle told a media briefing.

The UK government has said it will provide more details on restarting foreign travel this week after holidays were banned in the latest COVID-19 lockdown.

Speaking alongside Doyle, Virgin Atlantic CEO Shai Weiss said the rapid roll-out of vaccinations in the United States meant it should be on Britain’s “green” list of countries qualifying for lighter travel rules.

Those heading to green list countries will need to take two COVID-19 tests, but will avoid quarantine. Speaking on BBC radio, EasyJet boss Johan Lundgren said costly COVID-19 tests should not be needed for low-risk countries.

Johnson responded: “The boss of easyJet is right to focus on this issue, we’re going to see what we can do to make things as flexible and as affordable as possible.”

Lundgren forecast that by July and August, Britons would be allowed to travel without restrictions to popular resorts in Spain and Greece.

Airlines are desperate for the income brought in by new bookings, but the government advice remains for people to hold off on organising foreign holidays for now.

BA and Virgin declined to say how they would fine-tune their route maps to reflect likely green-list countries, which could include Israel, Portugal and the United Arab Emirates. Doyle said BA would wait for the government recommendations this week.

The bosses said they would need to know which countries were likely to be on which list and have enough detail to plan for May 17 and beyond, as bringing staff back from furlough, getting planes ready and opening terminals would take weeks.

The executives, and Heathrow airport CEO John Holland-Kaye who also spoke at the briefing, urged the government to approve the use of digital travel passes, which would include test and vaccine certificates. The industry has said checks on paper certificates would cause delays.

“We need to standardise and simplify and automate as much as possible,” said Holland-Kaye.

Coronavirus: Authorities waiting for guidance from EMA over AZ vaccines

How a 583-year-old Italian mural is professionally restored

Medvedev warns US: messing with a nuclear power is folly