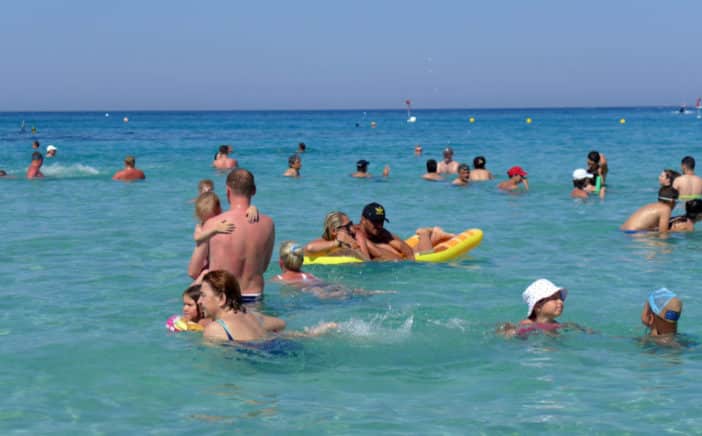 Coronavirus measures apply for tourists as well, authorities said on Wednesday after reports that visitors would not be subjected to the same restrictions.

The news that tourists will be able to use a form for permission to go out instead of having to send an SMS provoked strong reaction mainly over whether tourists would be allowed to be out and about without any time restrictions, as was initially the information media received from some stakeholders in the tourism sector.

A source within the deputy ministry for tourism on Wednesday said no exemptions will be made for tourists.

This means that, like residents, tourists will be allowed only two outings per day up to three hours each and three on weekends. To do so they must obtain permission by sending an SMS to 8998. People with foreign mobile telephony providers may call another number to obtain permission but it was deemed that, in order to better facilitate tourists, the paper form could also be used, especially for cases people where are unable to send an SMS, various tourism industry sources told the Cyprus Mail.

“This was a way to facilitate people, who may have had to get two to three PCR tests just to come here for holidays, to be able to move around,” another source said, adding it was not intended to cause discrimination.

The Cyprus Mail has learned that on the form the time will be written for when the tourists go out.

“It will be the same as the form used by people over 65 who cannot send an SMS,” the same source said.

According to police spokesman Christos Andreou, officers will check those forms and ask for identification to verify the holder.

“Tourists will be checked just as everyone else,” Andreou said.

According to the restrictions in place, tourists will be able to go shopping, sightseeing, visit museums, archaeological sites, go to restaurants, cafes, and bars, visit nature trails, and go to the beach for a swim or for a walk or jog.

They will need to also wear a mask.

On how it will be ensured that any fines given to visitors will be paid to prevent past experiences where thousands of traffic fines were left unpaid, Christou said this is an issue that has not been discussed yet.

“Any problems that may arise we will look into,” he said.