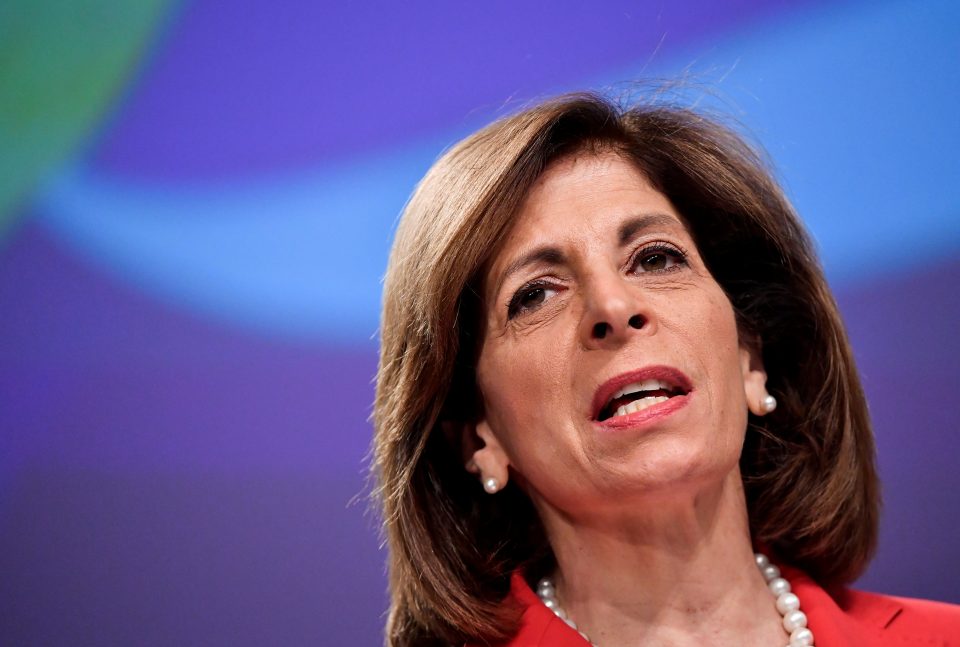 EU Health Commissioner Stella Kyriakides said on Friday she received the first dose of the Pfizer vaccine in Belgium where she is currently based.

Speaking to Sigma TV, Kyriakidou said she was vaccinated in Belgium 10 days ago, when she was invited by the Belgian authorities for her inoculation based on her age.

She said, in Belgium there is no online platform where people can choose the vaccine they prefer, so when it was her turn to get vaccinated, she received the first dose of the Pfizer jab. Kyriakides said none of the EU commissioners had special treatment as regards vaccinations.

The commissioner stressed the importance of vaccinations citing the deterioration of the epidemiological picture in several member states. “There is increase in new cases in 14 member states,” she said, adding that it was imperative for the vaccination programme to continue in all states with urgency.

On concerns by people over the AstraZeneca vaccine after a probe into whether it was to blame for blood clots, she said the jab was an important part of the EU’s vaccination portfolio. European and British regulators said on Wednesday they had found possible links between AstraZeneca’s vaccine and very rare cases of blood clots but concluded that the benefits of the vaccine outweighed the risk.

“I understand people’s concerns, the EU strictly follows the scientific recommendations of the European Medicines Agency (EMA) and safety issues were never negotiable,” Kyriakides said. “We have a new recommendation by the EMA saying that vaccines save lives, and we must trust them.”

Acknowledging the difficulties first encountered concerning the production pace and delivery of the vaccines, she said one million vaccines were delivered to members states within the first three months. For the current, second trimester, she said more than 300 million doses are expected to be delivered to the member states.

She said within April the delivery of the Johnson & Johnson jab will start which is a single-dose vaccine.

“If vaccination programmes continue, we estimate that by the end of summer we will have achieved the vaccination of 70 per cent of all adults.”

Until then, it is important for everyone to continue to observe the protection measures, she said.