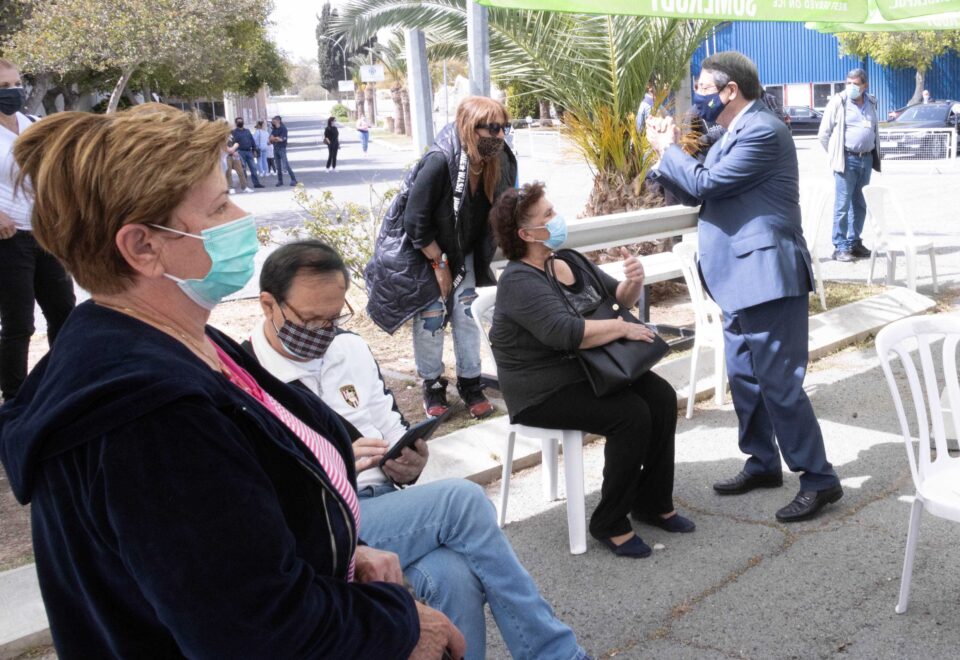 Up to 10 per cent of those vaccinated might not respond to the vaccine epidemiologist Petros Karayiannis said on Monday in response to concerns about the deaths of fully vaccinated people.

If someone does not respond to the vaccine, they cannot develop antibodies against the coronavirus, which is why they are still likely to fall ill and experience more severe symptoms if they are exposed to it, the professor of microbiology and molecular virology at the medical school of the University of Nicosia told CNA.

Commenting on a few recent cases of fully vaccinated people dying, a common factor was also underlying diseases which aggravated their condition, he explained, stressing that this of course depends on each individual’s immune system.

For example, the Pfizer vaccine is 94-95 per cent effective, “meaning that five per cent [of those who receive it] will not respond to it,” he said. “For AstraZeneca, this percentage is 10-12 per cent.”

Asked if he considers the number of people being vaccinated satisfactory, Karayiannis said that things could be better.

“We are wasting time,” he said, explaining that the one or two weeks people take until they decide to get vaccinated can turn into months, delaying the process.

“If some people do not want to listen, no matter what you do, they will not listen,” he said. “If the public is not well informed, they cannot be expected to make rational decisions.”

Regarding the public’s reluctance to take the AstraZeneca vaccine, Karayiannis said that all efforts are focused on reassuring people and convincing them of the vaccine’s effectiveness, adding that the goal is to provide the right information and transparency for the public’s sake.

He added that the specific issue will be further discussed at an epidemiological team meeting on Tuesday evening.

As for the epidemiological outlook, Karayiannis said it is still “quite fluid”, given the recent fluctuations in case numbers.

“We are not sure yet if we are on the right track or whether we will see things take a turn for the worse,” he said, adding that more relaxations of measures are being considered for May and expressing hopes that the plan will not be “derailed”.

With the British variant of the virus rampant in the island, Karayiannis said that the recent increase in Covid-related hospitalisations, which have reached 225, is “worrying but expected”.

“We have had high numbers for a few weeks now. When this happened at Christmas, measures were immediately taken, reducing numbers and preventing hospitalisations from reaching high levels,” he said.

“Now we have 450 to 500 cases per day, which should signify that we are bound to see pressure increasing. And since we are talking about a variant which affects more age groups, young people will start feeling the pressure too.”

Natural wonders: a day in the life of a Maasai Mara tour leader