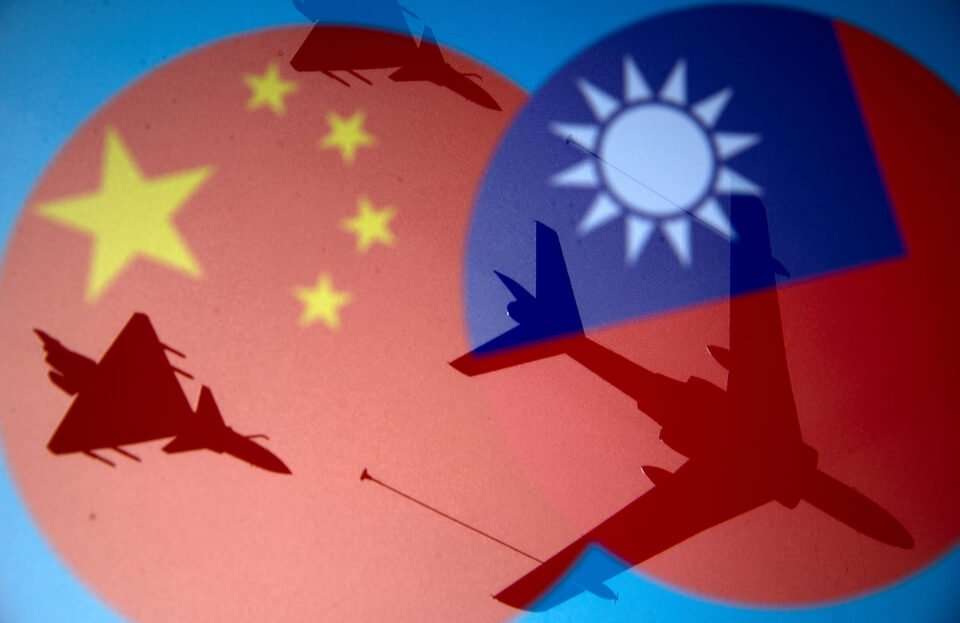 Chinese and Taiwanese national flags are displayed alongside military airplanes in this illustration taken April 9, 2021

China told the United States on Tuesday to stop playing with fire over Taiwan and lodged a complaint after Washington issued guidelines that will enable U.S. officials to meet more freely with officials from the island that China claims as its own.

China urges the United States “not to play with fire on the Taiwan issue, immediately stop any form of U.S.-Taiwan official contacts, cautiously and appropriately handle the matter, and not send wrong signals to Taiwan independence forces so as not to subversively influence and damage Sino-U.S. relations and peace and stability across the Taiwan Strait”, he said.

Washington has watched with alarm the uptick in tensions, and on Sunday U.S. Secretary of State Antony Blinken said the United States was concerned about China‘s aggressive actions against Taiwan.

In a written response to Reuters on Blinken’s remarks, China‘s Foreign Ministry said the government had the absolute determination to protect the country’s sovereignty.

“Don’t stand on the opposite side of 1.4 billion Chinese people,” it added.

Taiwan is China‘s most sensitive territorial and diplomatic issue, and a regular source of Sino-U.S. friction. China has never renounced the use of force to bring the democratically ruled island under its control.

Former U.S. Secretary of State Mike Pompeo announced days before the end of former President Donald Trump’s presidency in January that he was lifting restrictions on contacts between U.S. officials and their Taiwanese counterparts.

While Washington officially recognises Beijing rather than Taipei, like most countries, the United States is Taiwan’s most important international supporter and arms seller.

The United States is required by law to provide the island with the means to defend itself.

China believes the United States is colluding with Taiwan to challenge Beijing and giving support to those who want the island to declare formal independence.

Taiwan President Tsai Ing-wen says the island is an independent country called the Republic of China, its formal name, and that she will defend its freedom and security.

Agriculture minister ‘ready’ to support farmers, reforms to be unveiled