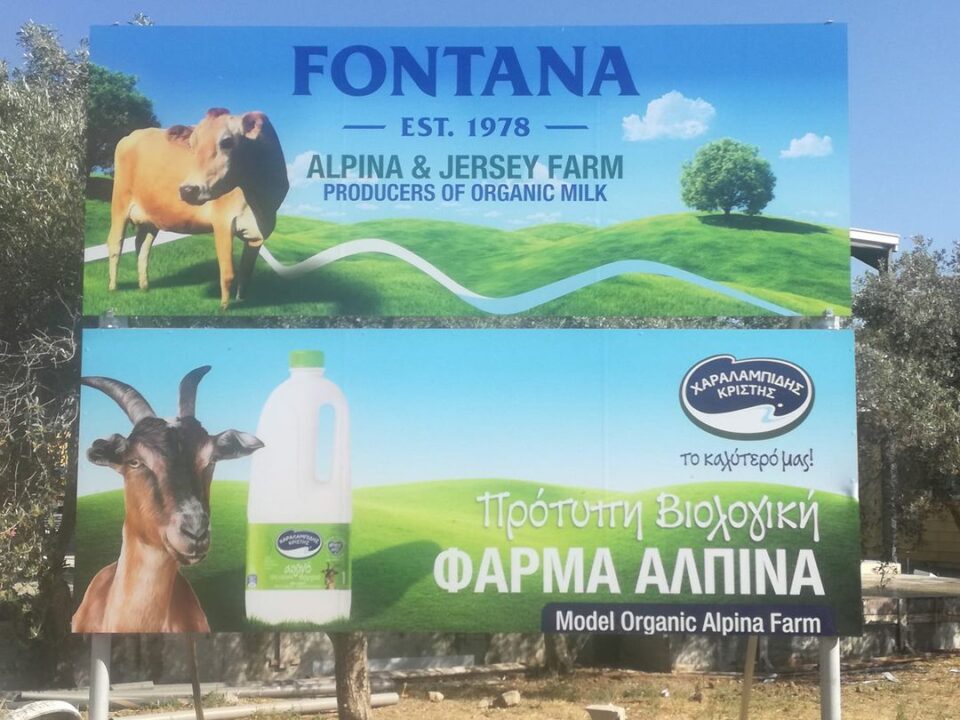 Alpina organic farm on Tuesday defended its practices and blamed the recording of dead animals on its premises to an “unfortunate moment”, while a report is expected from the state’s veterinary services.

Leaked photos on social media showed three young goats lying dead in their own blood at the Nicosia-based organic farm in Potamia.

“The specific photos are from the hospital section of the farm,” Alpina’s Veterinary Surgeon Constantinos Koureas told the Cyprus Mail.

An unidentified person reportedly visited the farm on Monday to ask for directions and photographed the corpses which were published online using the logo of the facilities.

One of the deaths concerned a young mother who experienced excess bleeding in her uterus and the surgeon deemed she had to be put down. “This is the bad side of the job and I am extremely distressed over the incident,” he added.

“The misfortune is that I had other duties at a different section of the farm at the time and I wasn’t there to give directions to my staff to remove the dead animals,” the veterinarian said.

In case of animal fatalities in a farm, the bodies are transferred to a disposal bin for dead animals, located approximately ten metres from the specific section of the farm, in “less than 24 hours”, Koureas added.

But sometimes a necropsy is performed to determine the causes of death, according to the veterinarian, which is why the workers of the farm did not take the initiative to transfer the dead goats to the bin, he said.

“It was due to omission that the animals stayed there,” Koureas said.

The state veterinary services told the Cyprus Mail they will send an official to check the farm “within a reasonable amount of time”. According to Alpina however, the Nisou based veterinarian Tatiana Christofidou visited the farm early on Tuesday to prepare a report.

Green Party leader Charalambos Theopemptou also said he will investigate the issue alongside the state’s veterinary services. But deaths are to be expected, the politician said, as the farm is big and the fact that it is organic bans strong medications which could translate to high mortality rates.

The pictures were initially posted in a Facebook group for environmental matters with the description “I believe that people who eat meat and dairy have the right to know where their food is coming from.”

The owner of the farm, Takis Pilavas told the Cyprus Mail that despite the fact that no strong medicines such as antibiotics can be given to the animals at Alpina, the farm has one of the “lowest fatality rates”.

“We treat our baby goats like human babies,” Pilavas said.

According to the company’s official website “on the Alpina organic farm, goats which live in natural conditions are raised and fed only with certified organic animal feed and grass.”

More than 3,000 goats are housed at the farm and approximately 250 cows. Between January to March this year, Alpina saw about 1,200 animal births.

Cyprus Film Days ranges from US nomads to African prisoners

PSG knock Bayern out on away goals to reach last four