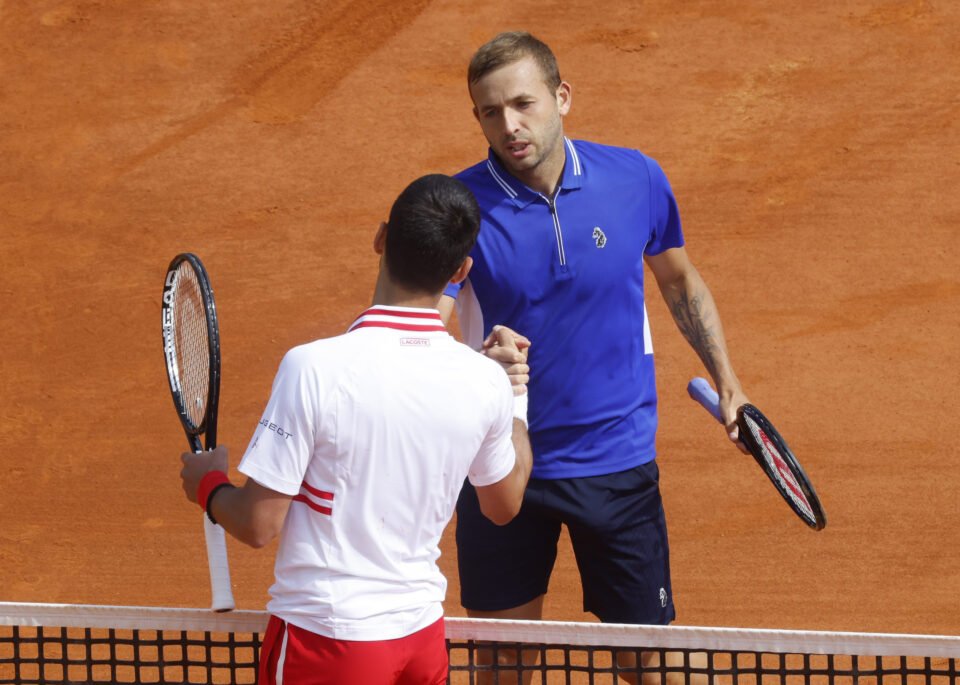 Dan Evans produced the best victory of his career to stun Novak Djokovic in the third round of the Rolex Monte-Carlo Masters.

The British number one, whose first-round win was his first on clay at tour level for four years, had never beaten a top-six player but he put on a brilliant performance against a below-par Djokovic to win 6-4 7-5.

The world number one was playing only his second match since winning the Australian Open in February and looked very rusty in cool and windy conditions, losing the first three games.

He improved significantly after that and pulled back to 4-4 but Evans did not allow his level to drop, trading brilliantly with Djokovic from the back of the court and varying the angles and pace intelligently.

Another break of serve gave him the chance to serve for the set, and he clinched it on his third chance.

Evans would have expected a response from Djokovic and he got it, the Serbian moving into a 3-0 lead in the second set, but he still did not look entirely comfortable and back came the British player to level at 3-3.

Djokovic kept the pressure on but Evans did not buckle and, at 5-5, it was Djokovic who double-faulted to hand his opponent the break.

That gave the 30-year-old the chance to serve for the win of his life and he took it to move into the quarter-finals of a Masters event for the first time, where he will face David Goffin.

Warning issued to supermarkets over May Day holiday (Updated)